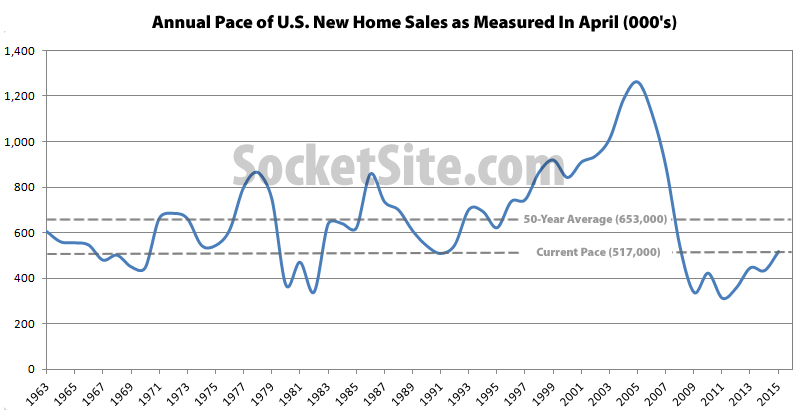 Having dropped 11.4 percent in March, the seasonally adjusted pace of new single-family home sales in the U.S. gained 6.8 percent in April.

New home sales in the U.S. are now running at an annual pace of 517,000. The current pace is 26.1 percent higher than at the same time last year (versus 19.4 percent higher on a year-over-year basis in March) but remains 17 percent below than the long-term average as measured in April of 653,000.

In the West, the pace of new home sales slipped 2.3 percent from March to April, which is down for the second month in a row but still 39.8 percent higher as compared to the same time last year.

And in terms of inventory, the number of new single-family homes for sale in the U.S. is currently 205,000, up 7.3 percent higher versus the same time last year 0.5 percent higher than the month before.