While Inventory Grows, Pace Of New Home Sales In The U.S. Drops 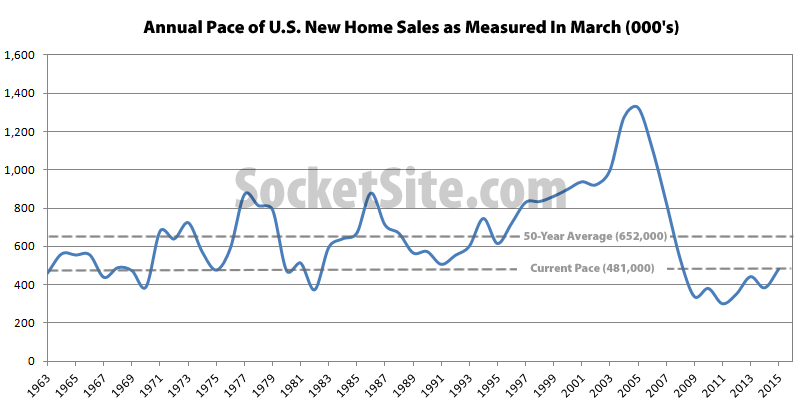 Having jumped an estimated 7.8 percent in February, the seasonally adjusted pace of new single-family home sales in the U.S. reversed course and dropped 11.4 percent in March.

New home sales in the U.S. are now running at an annual pace of 481,000, which is 19.4 percent higher than at the same time last year (versus 25 percent higher on a year-over-year basis in February), but the March pace remains 17 percent below than the long-term average of 652,000.

In the West, the pace of new home sales slipped 3.4 percent from February to March but is running 57.3 percent higher versus the same time last year.

Fairmont Hotel Salon To Close, New Rooms To Be Added