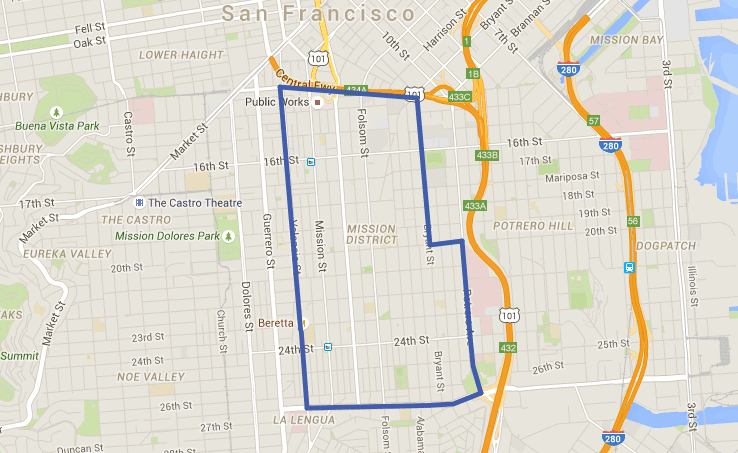 If San Francisco’s Board of Supervisors approve the motion this afternoon, the public hearing for the proposed legislative moratorium on any new residential construction, or the elimination/conversion of any existing Production, Distribution and Repair spaces, in the Mission, unless it’s specifically for the development of an affordable housing project, will be held on June 2 at 3pm.

The proposed ‘Urgency Ordinance for an Interim Moratorium on New Residential Uses and Elimination of Production, Distribution and Repair Uses‘ in the Mission is sponsored by Supervisors Campos, Avalos, Kim, Mar and Yee and would apply to the area bounded by Cesar Chavez to the south, Potrero or Bryant (north of 20th Street) to the east, Division (U.S. Route 101) to the north, and Valencia to the west.

Adoption will require nine of the eleven Supervisors to vote in favor of the ordinance.

The ballot measure initiative to establish a market-rate housing moratorium in the Mission, which is separate from the legislative push above, remains in play as well.