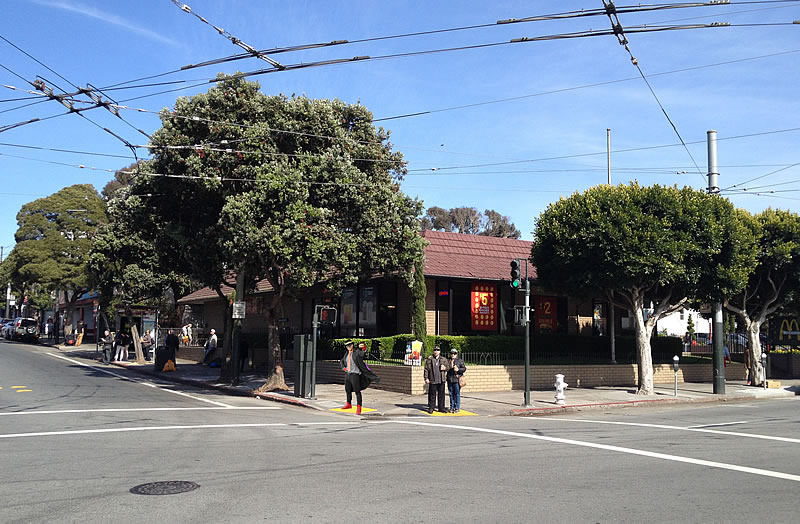 Citing nearly 1,100 service calls to the San Francisco Police Department over the past three years, City Attorney Dennis Herrera has sent a pre-litigation demand letter and draft legal complaint to McDonald’s corporate headquarters seeking the CEO’s assistance in abating the “lawlessness harbored” at its Haight-Ashbury location, noting the franchisee “has defiantly refused to abate problems related to drug trafficking and other public nuisances.”

In the last six months, police have recovered more than 100 doses of LSD, over two pounds of marijuana, 88.5 grams of psychedelic mushrooms, and hashish from drug dealers on the property at 730 Stanyan Street and have responded to dozens of calls involving fights, assaults, auto burglaries and dog attacks.

If McDonald’s fails to respond within the next week, Herrera is threatening to file suit against the corporation to abate the conditions “plaguing the Haight-Ashbury neighborhood” and to pursue injunctive relief, civil penalties and attorneys’ fees under California’s Drug Abatement Act.

McDonald’s owns the prominent third-of-a-block site upon which the little 3,500-square-foot restaurant and oversized parking lot sits, a site which is zoned for development up to 50 feet in height.