The 690 Stanyan Project Scoop: Scaled Back To An Interior Gutting 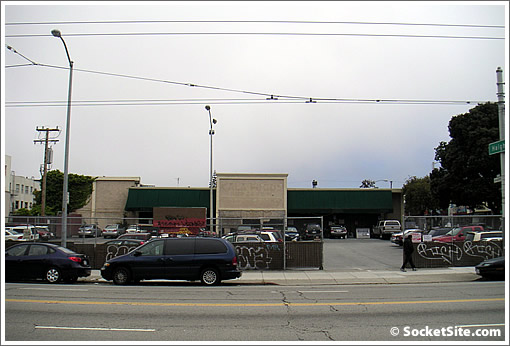 A plugged-in reader reports on the proposed 690 Stanyan Project:

“The other half had a storewide meeting at Whole Foods last night. It was told to them that the Stanyan Project has been scaled back to be just like the Noe Valley project. No external construction – no condos, just a interior gutting of the old Cala foods and a small format Whole Foods going into it.”

The mixed-use design as was proposed (and conditional use approved): 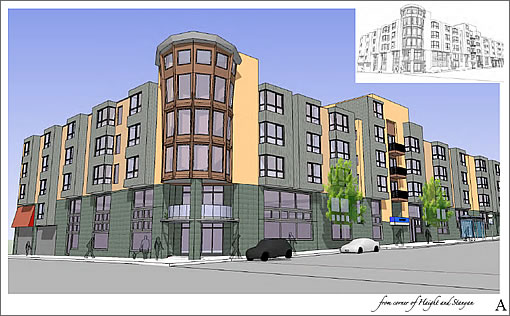 UPDATE: Confirmation this afternoon from the Business Times with regard to the project:

“The developer of a Whole Foods and housing development approved for a vacant lot at Haight and Stanyon streets has decided to shelve the project, citing high city fees [of between $5 million and $6 million] and the economic downturn.”

According to the developer, however, an agreement with Whole Foods on the scaled back plan has not been reached (but is being discussed).