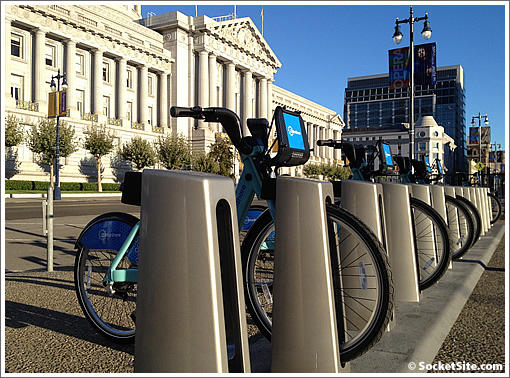 A proposal to increase the number of bikes in the Bay Area Bike Share program from 700 to 7,000, and expand the network to include Oakland, Berkeley and Emeryville, will be considered by the Metropolitan Transportation Commission’s Administration Committee next week.

The four-phase expansion would be funded by Motivate and completed by late 2017 as envisioned.  The proposal is expected to go before the full MTC for approval later this spring.

Shoehorned Onto Stanyan And Now In Contract