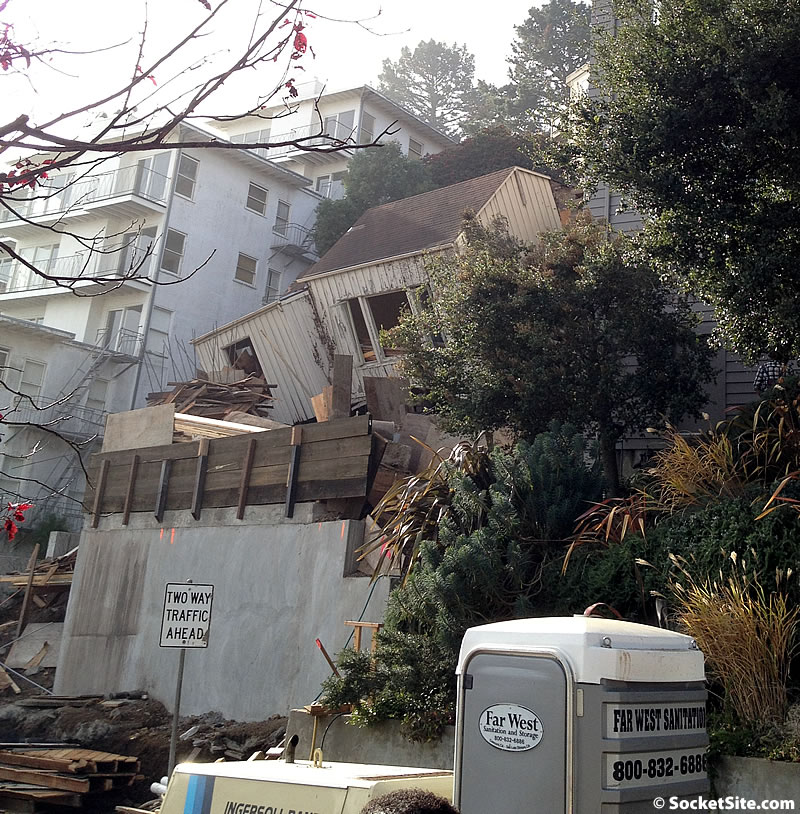 An investigation spurred by the collapse of a Murphy’s hillside home at 125 Crown Terrace back in 2013 has uncovered “a far-reaching pattern of unlawful business practices and rampant violations of building, housing and safety codes.”  And the civil complaint filed in San Francisco Superior Court alleges that the longtime real estate developer “knowingly flouted state and local laws at three development projects in San Francisco, and repeatedly failed to disclose his ownership of an illegally-developed four-unit Alabama Street property in the Mission District.”

“Mel Murphy flouted the very same laws he was charged with enforcing on the Building Inspection Commission, and he did so persistently for a number of years,” Herrera said. “Murphy’s actions make plain that his unlawful practices were willful and, more seriously, an egregious betrayal of the public trust. With my office’s lawsuit today, we are moving aggressively to penalize Commissioner Murphy’s wrongdoing, and send a clear message to private developers and public officials alike that there will be a steep price to pay for this kind of lawlessness in San Francisco.”

Murphy was a building inspection commissioner between 2006 and 2012, the Commission’s president from late 2009 to early 2011, and has been a port commissioner since 2013.  Murphy’s wife, who shares ownership and involvement in Murphy’s businesses, has been named in the suit as well.