Housing Production In S.F. Highest In Over 20 Years, But… 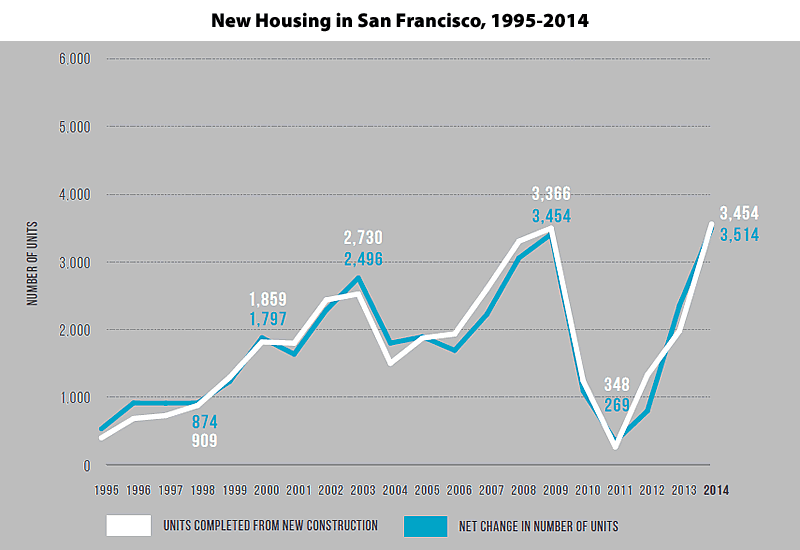 Housing production in San Francisco was the highest in over two decades last year, with 3,514 new units added to the city’s overall inventory (which now totals 379,597 units), a dramatic swing from the 269 units of housing added in 2011.

That being said, the number of employed residents in the city increased by 23,400 in 2014, a seven-to-one ratio of jobs to housing which has kept pressure on San Francisco rents and property values.

With respect to the city’s housing pipeline and projects in the works, building permits for 3,834 units of housing were issued last year; proposals for another 3,756 units of housing were approved by Planning; and applications for over 8,000 units were submitted to the City for review, up 66 percent from 2013.

The vast majority of new construction continues to occur on the eastern side of the city, which shouldn’t catch any plugged-in readers by surprise. 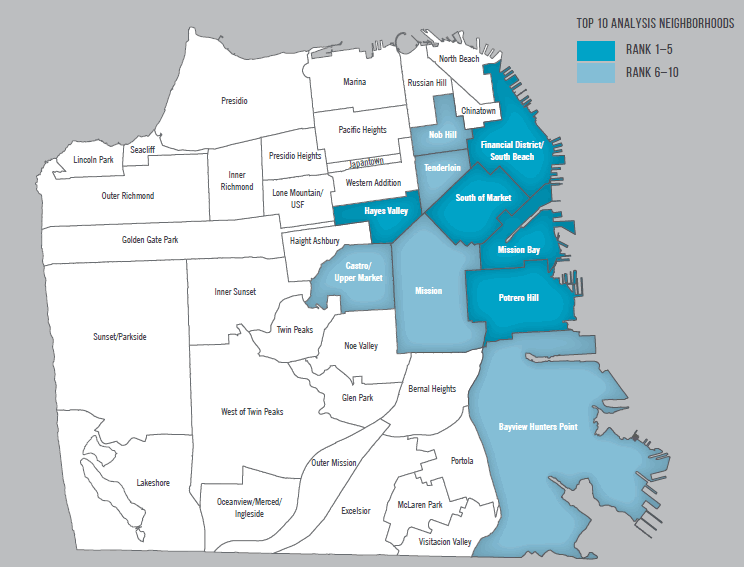 East Bay Modern On The Market For $4.25M