Atop And Around The Proposed Buildings At 16th And Mission 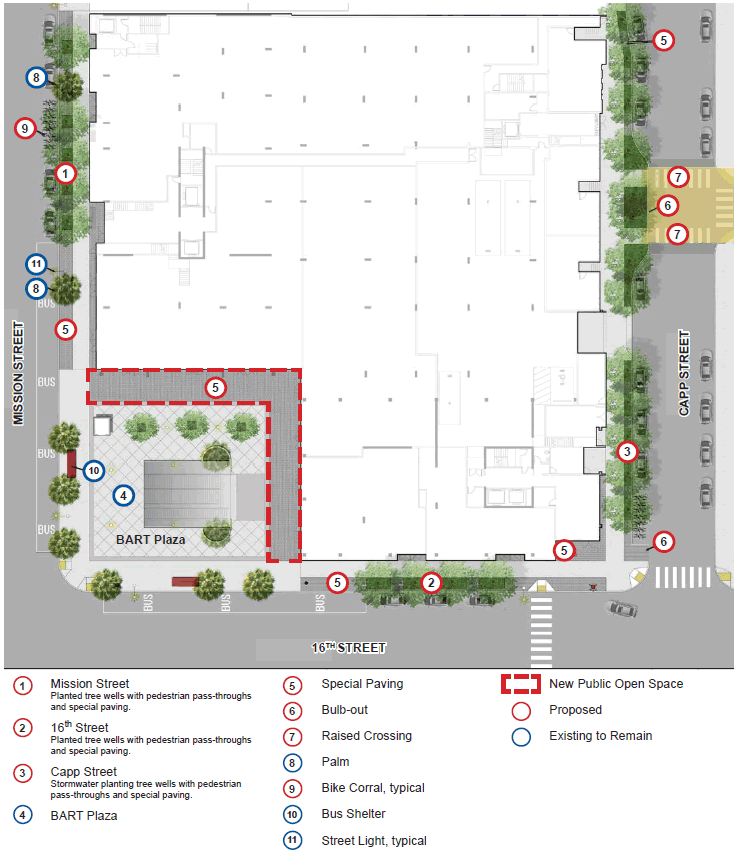 The controversial plans for the proposed 331-unit development to rise up to ten stories on the northeast corner of Mission and 16th Streets include a host of streetscape improvements, beyond those to the BART Plaza, ranging from wider sidewalks to bike corrals.

As diagrammed above, the proposed streetscape improvements include bulb-outs at the northwest corner of 16th and Capp and the western side of the Capp and Adair Street intersection, to calm traffic and improve pedestrian safety; a widening and landscaping of the existing 9-foot Capp Street sidewalk to 12 feet on the western side of Capp Street between 16th and 15th streets; landscaping; and the addition of a raised crosswalk across Capp Street at Adair.

And in terms of the project’s proposed “open space” plan, the storefronts along the northern and eastern sides of the BART plaza would be set back 15 feet from the property line, creating a 2,625 square foot “publicly accessible open space,” while nearly 29,000 square feet of the development’s roof and courtyard space would be landscaped for the use of the building’s residents, with lounge areas, play areas and even a dog run atop the building fronting 16th Street. 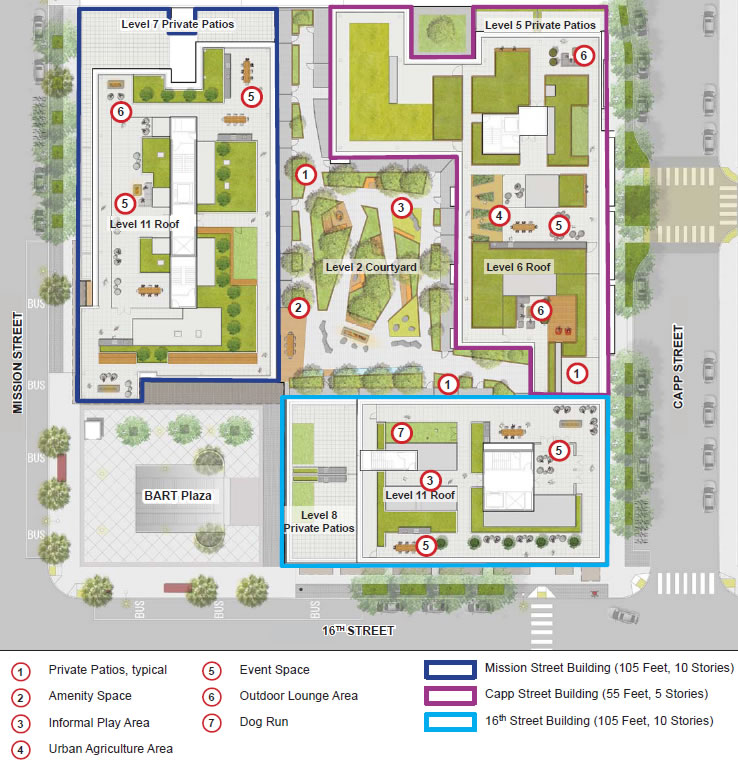