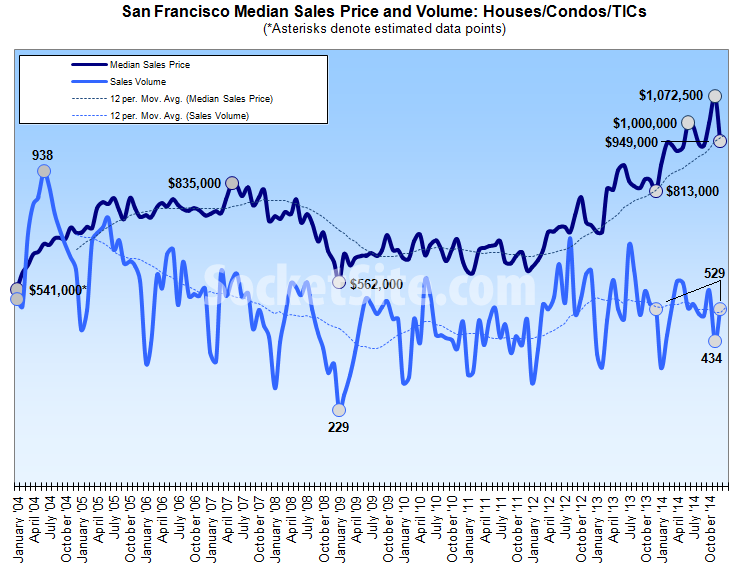 In terms of the number of homes sold at the end of the year, the number of recorded sales jumped 22 percent from November to December, versus a typical increase of around 3 percent based on seasonality, but the sales volume was unchanged versus December 2013.

The recent sharp rise in the median price is still being driven in part by an increase in the share of luxury home sales and new condo closings.  That being said, the median sale price for a home in San Francisco last month was 69 percent higher than the last low-water mark of $562,000 recorded in January 2009.