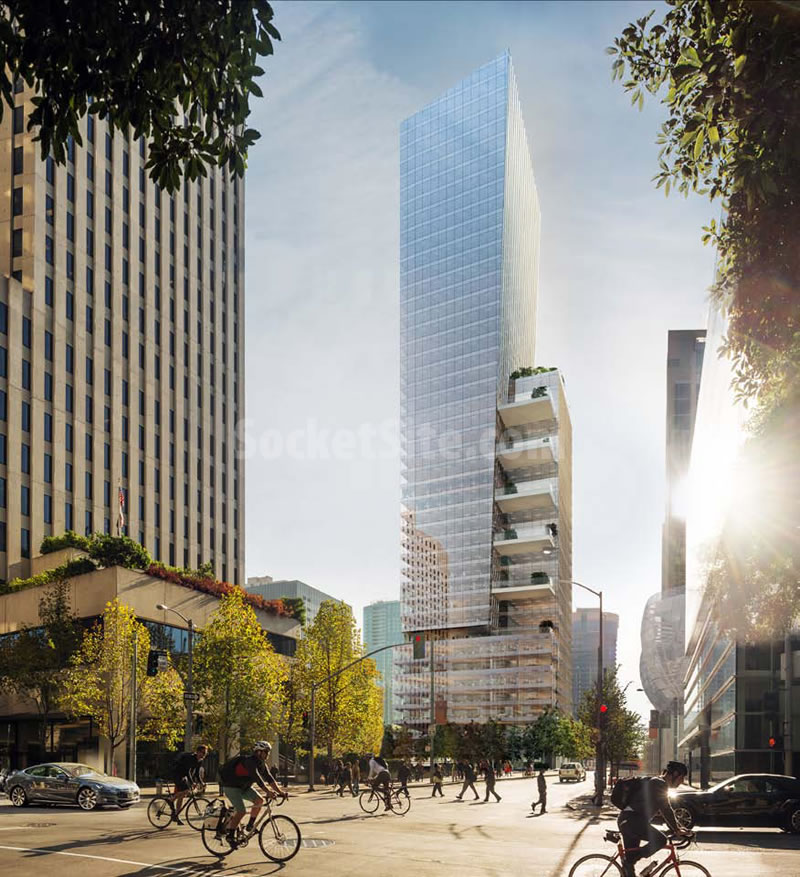 As you might have guessed, it’s not only the ground floor of the proposed Transbay Block 5 office tower to rise on the northeast corner of Howard and Beale which has been refined and redesigned, but the entire 550-foot building. 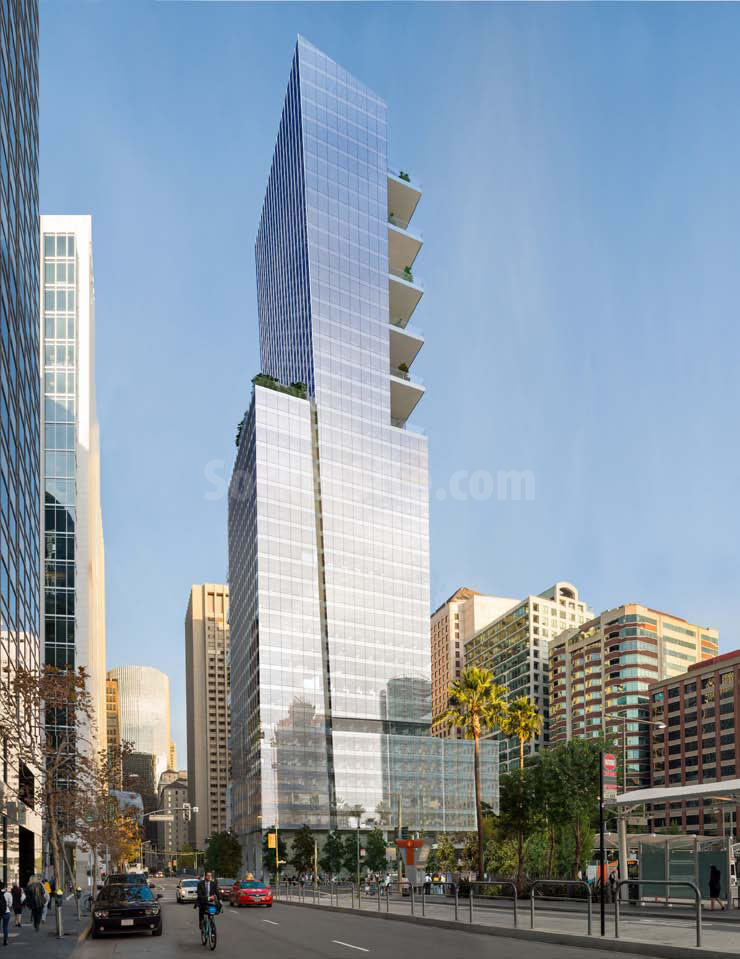 Large outdoor terraces still step-up the side of the tower, a central element of the design by Goettsch and SCB, but they are now more elegantly carved from the building’s mass and aligned to provide panoramic views of both the Transbay Terminal and Bay Bridge. 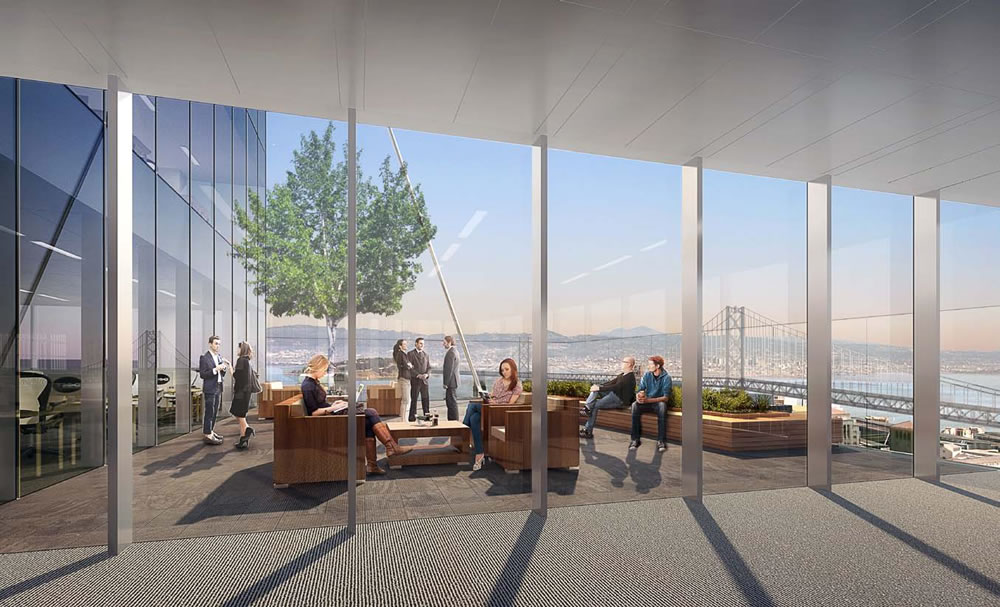 The development team of Golub Real Estate and The John Buck Company will be paying the city $172.5 million for the Transbay Block 5 site in a transaction which is expected to close on or before September 1, 2015.