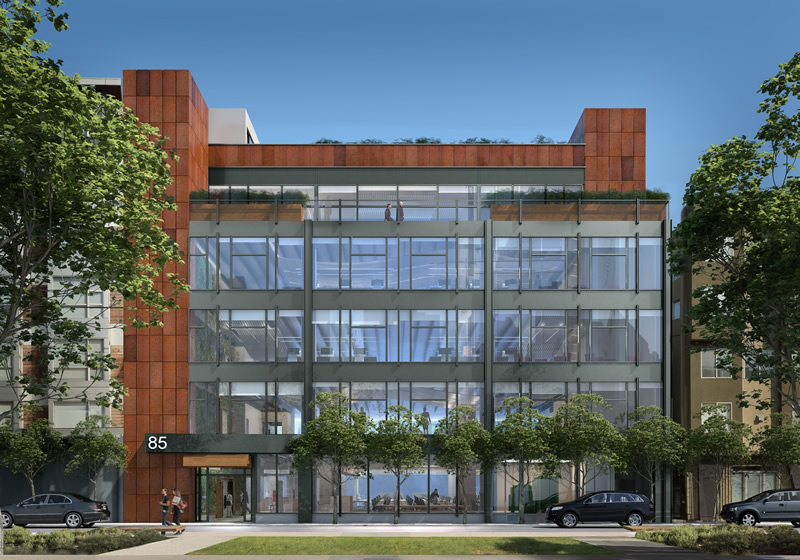 As we first reported last month about the boutique office building to rise at 85 Bluxome:

Directly across the street from the massive San Francisco Tennis Club which likely isn’t long for this world, the 85 Bluxome Street project will yield 55,000 square feet of office space between Fourth and Fifth Streets, with open floor plates to allow for the build-out of “creative office space,” a roof-top patio for tenants, and secured interior bicycle parking, showers and changing rooms (but no off-street parking for autos).

Designed by RIM Architects, the development will also include a number of sidewalk improvements, such as bike racks and a number of new street trees. And the building’s façade will incorporate “a prominent piece of artwork above the entry – a permanently installed ceiling/canopy feature.”

On track to be ready for occupancy in the fourth quarter of 2015, Cushman & Wakefield is now handling the leasing.