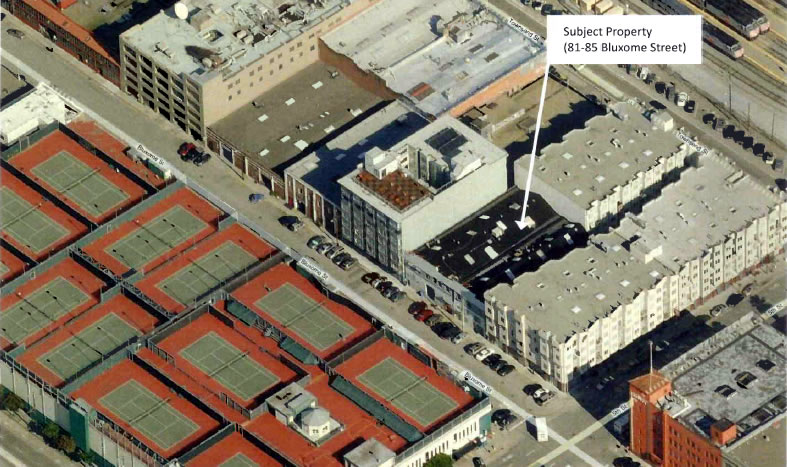 Directly across the street from the massive San Francisco Tennis Club which likely isn’t long for this world, the 81-85 Bluxome Street project will yield 55,000 square feet of office space between Fourth and Fifth Streets, with open floor plates to allow for the build-out of “creative office space,” a roof-top patio for tenants, and secured interior bicycle parking, showers and changing rooms (but no off-street parking for autos). 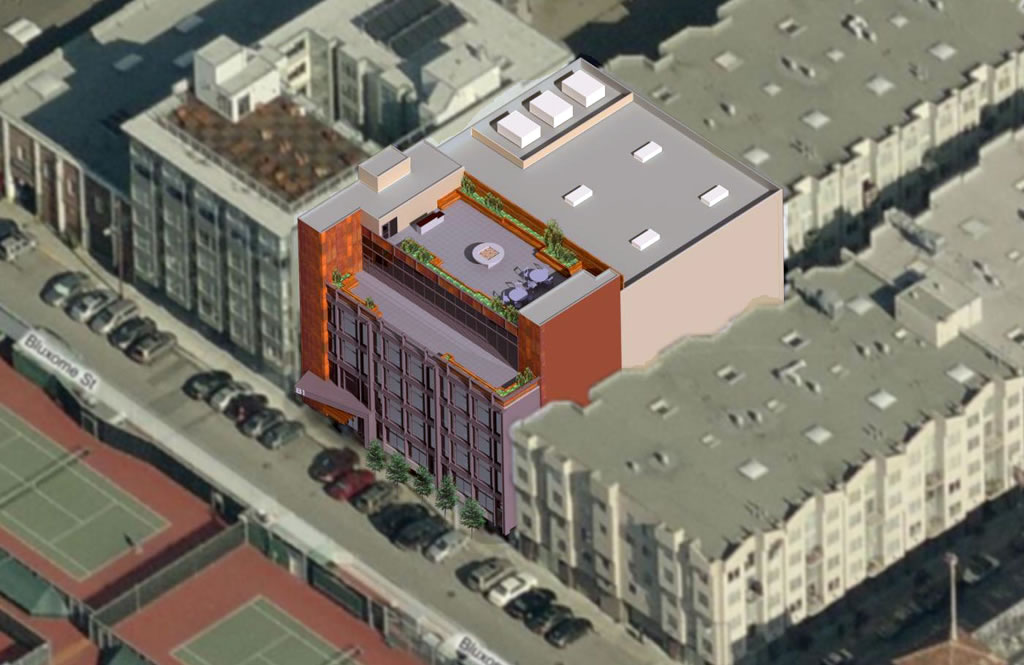 Designed by RIM Architects, the development will also include a number of sidewalk improvements, such as bike racks and a number of new street trees.  And the building’s façade will incorporate “a prominent piece of artwork above the entry – a permanently installed ceiling/canopy feature.” 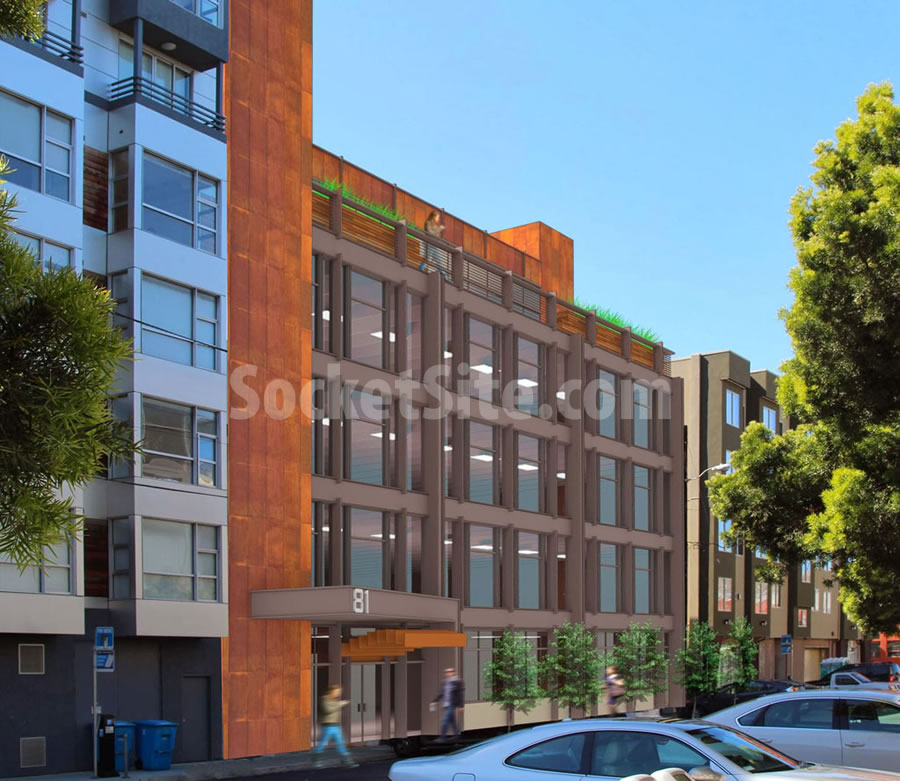 The 81 Bluxome Street building should be ready for occupancy by the end of 2015.