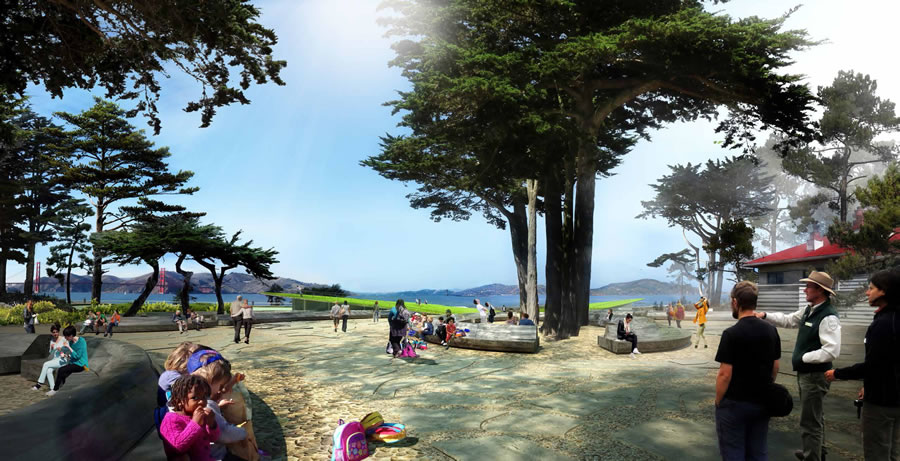 The detailed presentation books for all five conceptual designs and proposed plans for the Presidio Parklands Project, the 13-acre project to re-connect the Presidio’s historic core with Crissy Field, are now online.

Direct links to the presentations:

Additional details for the project, teams and how to participate are available at: newpresidioparklands.org.