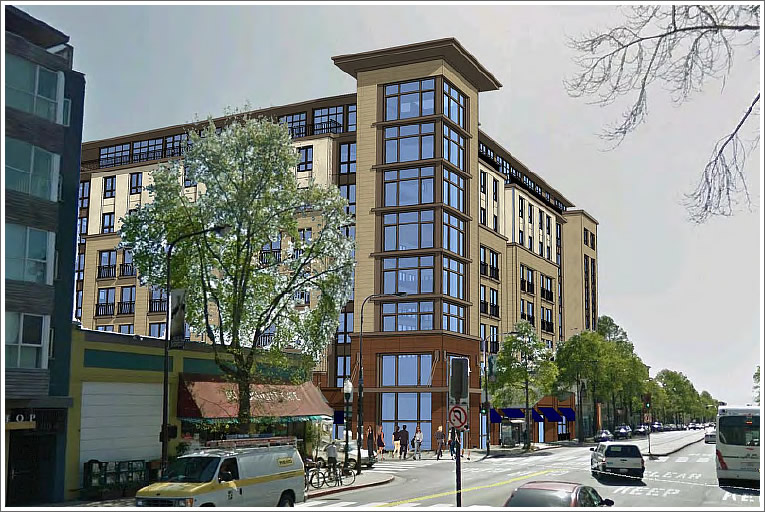 Having determined that the construction of the proposed “StoneFire” development would not be detrimental to the “health, safety, peace, morals, comfort, or general welfare” of the people living or working in the area, a requirement of Berkeley’s Municipal Code, the City of Berkeley is slated to approve plans for an eight-story building to rise at the corner of University Avenue and Milvia this week.

As proposed and previously reported, the project will demolish the existing Firestone tire shop, garage and parking lot at 1974 University Avenue and yield 98 new residential units over 8,700 square feet of ground floor restaurant, retail space or other commercial space; and below ground parking for 76 cars, including six spaces for “micro cars.”

Eight of the 98 residential units will be made available to very low income households.  And west-facing market-rate units atop the development will have Golden Gate Bridge and big bay views:

Eligible for streamlined environmental review as an urban infill project, the goal is to break ground for the StoneFire development in 2015 and be ready for occupancy by the end of 2016.

U.S. New Home Sales Slip In July, Most Inventory Since 2010