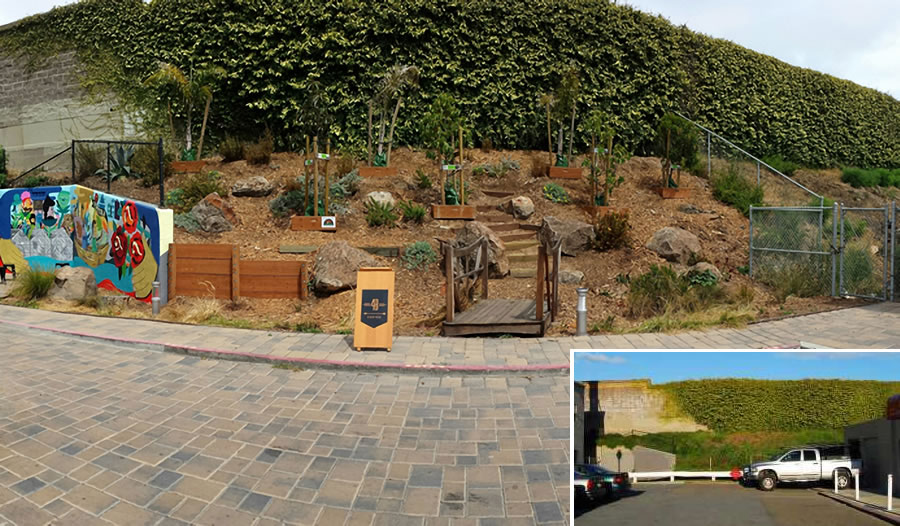 A former dumping ground for trash and gathering spot for “vandals and illicit activity” along the Portola neighborhood’s commercial corridor, the cul-de-sac at the beginning of Burrows Street has been transformed into a pocket park.

While the ribbon was cut for the first phase of the Burrows Street Pocket Park project last year, at which point the site was cleared and landscaped, new benches and lighting along Burrows Street have just been installed, along with a new gate, and the park’s mural has been completed.

Tomorrow afternoon, the ribbon to celebrate the pocket park’s completion will be cut at 4:30.

If deemed a success, there are four other dead-end blocks along the Portola district’s corridor which could be transformed as well.  And ultimately, the project, which was partially funded by The Lincoln Motor Company in collaboration with Architectural Digest and Architecture for Humanity, could set “a precedent for future public space improvement projects for underutilized spaces throughout the City of San Francisco.”