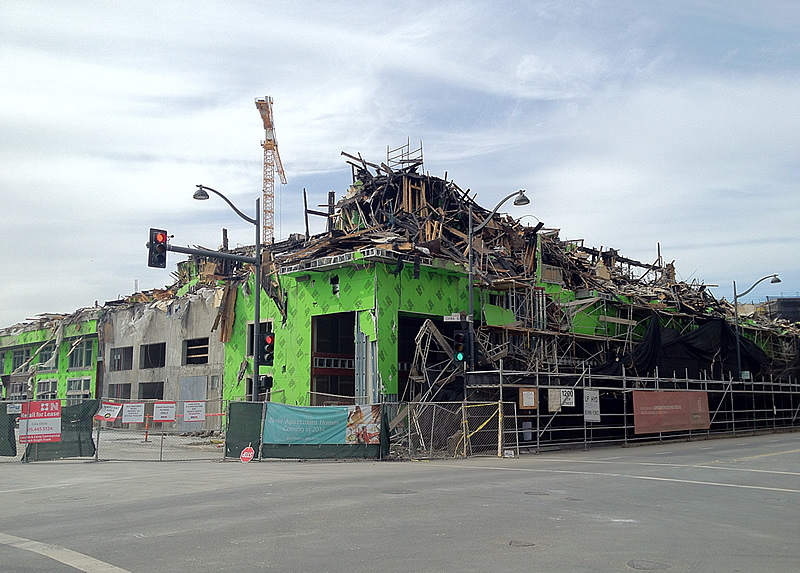 All the repercussions of the fire that destroyed the six-story Mission Bay Block 5 development this past March are still unknown, including whether or not the concrete podium of the building which remains standing will need to be torn down (testing is underway).

What is known, however, is that that the city and developer (now Essex) both want the project to be restarted as soon as possible, the project will take 18-20 months to rebuild, and the construction crews should be back on the building site by the end of the year.

The 172-unit Block 5 building, one half of the MB360 project, was slated to open this year along with the 188-unit building rising on Mission Bay Block 11. The Block 11 building remains on track for a 2014 opening.

Seawall Site And Piers Offered To Lucas, Will The Force Be With Us?