Big Plans For Alameda Point Development, But Not As Big As Before 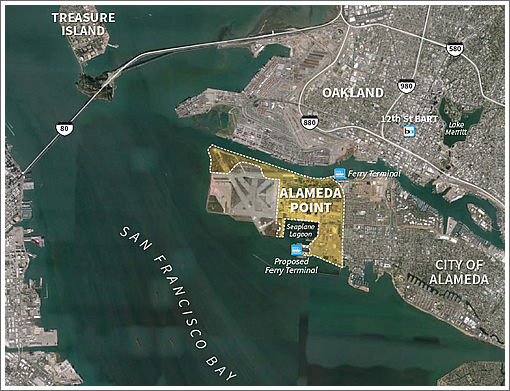 A plan to develop 4,500 apartments, condos and single-family homes, along with offices, parks, and a ferry terminal on the former East Bay Navy base at Alameda Point was thwarted in 2010 when 85 percent of voters voted against Measure B, which would have allowed a one-time exemption to Measure A, a 1973 ordinance that bans anything larger than a duplex to be built on the island.

With the city of Alameda now directing potential developers to apply for a density bonus, a state exemption to local land-use laws which is available for projects which include a high percentage of affordable units for low-income households, plans to develop Alameda Point have been dusted-off, but also downsized.

The first slice slated for development includes “Site A,” a 68-acre portion of the island adjacent to the Seaplane Lagoon, upon which a minimum of 800 residential units, along with Alameda Point’s retail core and a commercial corridor, would be built (click site plan to enlarge): 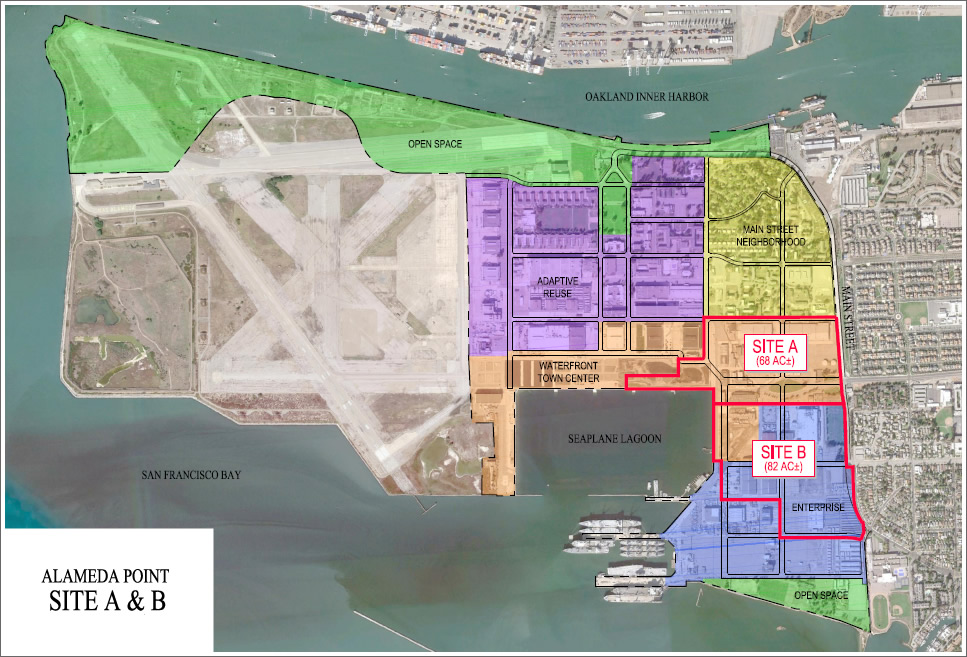 Adjacent to Site A, the 82-acre “Site B” is slated for the development of a commercial enterprise zone, “with a focus on a major sales tax generator or corporate “build-to-suit” user(s) that generates significant jobs or other catalytic economic benefits.” 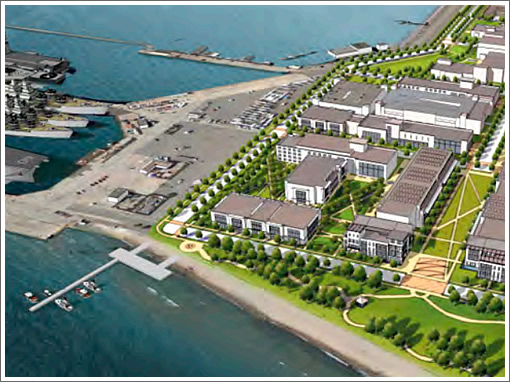 The City’s vision is for Alameda Point to be developed as “a transit-oriented, sustainable mixed-use waterfront community,” with a total of 1,425 housing units, 5.5 million square feet of commercial development, and over 250 acres of parks and open space, including over 10 miles of waterfront trails. Interested developers have until June 16 to submit their qualifications.

Other plans for Alameda Point that the City is actively pursuing include a new ferry terminal at
the heart of the Seaplane Lagoon; shuttles from Alameda Point to the 12th Street BART Station; and waterfront parks and active promenades directly adjacent to Site A. 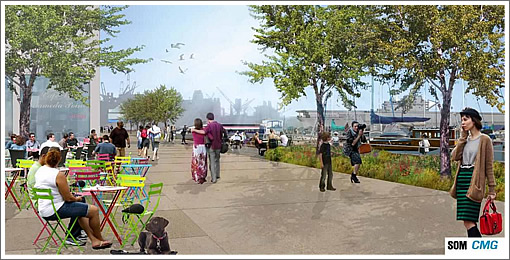 Hayes Valley Block Razed For Housing And Grocery To Rise

The Acute Gap In San Francisco's Housing Production Versus Plan