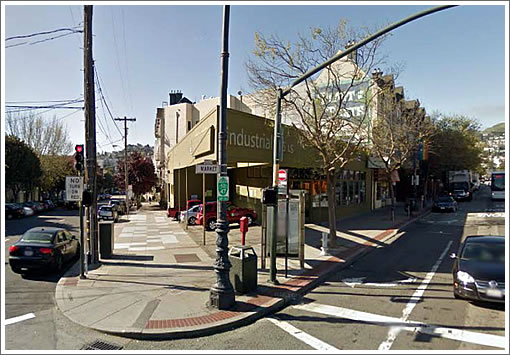 With San Francisco’s Planning Commission having rejected Starbucks’ bid to take over the one-story retail space at 2201 Market Street last year, the owner of the property has drafted a new plan for the parcel at the corner of Sanchez, with designs for a six-story building with nine condos over ground-floor commercial space to rise.

As drafted, the existing 3,800 square foot building on the triangular parcel would be razed to make way for a 63.5-foot tall building which would nearly cover the entire lot. The first floor of the building would include 2,500 square feet of commercial space with nine condos (four one-bedrooms, four two-bedrooms, and one three) across floors two through six.

A 700 square foot roof deck for residents would rest atop the building while parking for seven cars and ten bikes would be built underground.