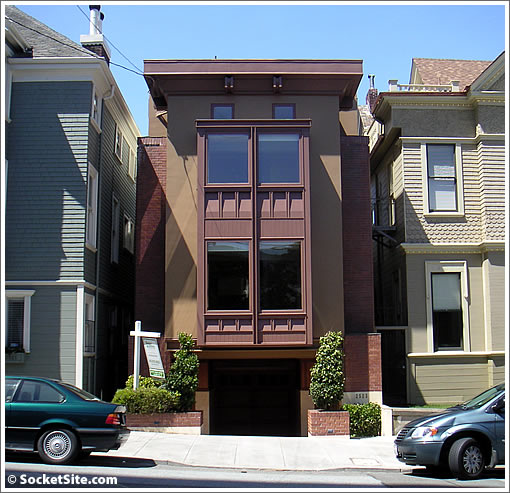 As we wrote about the Pacific Heights pad above this past August:

Without any permits to remodel having been issued since purchased, and still sporting the same chocolate coat of exterior paint, the three-bedroom home with a rather challenging floor plan is now back on the market and listed for $2,450,000, this time with 1,730 square feet.

Plans For An Upscale Seven-Story SRO Building On Market Street