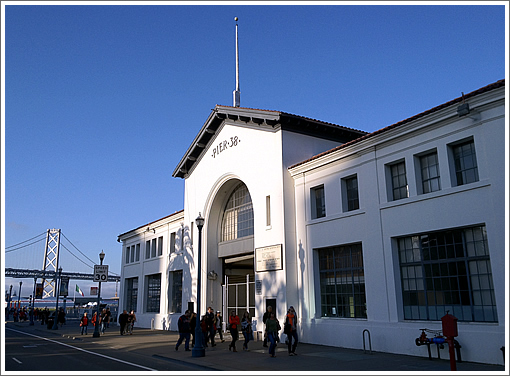 The Port of San Francisco has received two responses to their request for proposals to redevelop San Francisco’s Pier 38 bulkhead structure and a portion of the Pier 38 shed. The Pier 38 buildings were red tagged as unsafe for occupancy in 2011 when serving as office space for a number of startups and a couple of venture firms.

From the San Francisco Business Times with respect to the two competing proposals from San Francisco Waterfront Partners (SFWP) and TMG:

SFWP has proposed to use the first floor of the bulkhead building for a cafe and other restaurant uses, and the second floor for a technology co-working facility, perhaps operated by SoMa Central, which ran the tech incubator space prior to 2011. SFPW is also in talks with the Slanted Door Restaurant Group for creation of an Asian casual cafe and is proposing a San Francisco Beer Garden on the northside of the bulkhead building, facing the new Brannan Street Wharf.

TMG’s vision is based on “immediate revitalization of the Pier 38 Bulkhead with a mix of public, office, and maritime uses.” The TMG proposal, which would cost $6.9 million, is focused on speed. TMG would limit its initial investment to meet accessibility and code requirements to activate the bulkhead building as quickly as possible.

Port staff are slated to recommend a winning proposal to the Port Commission next month.