Neighbors Turn To Environmental Concerns To Keep The Haus Down 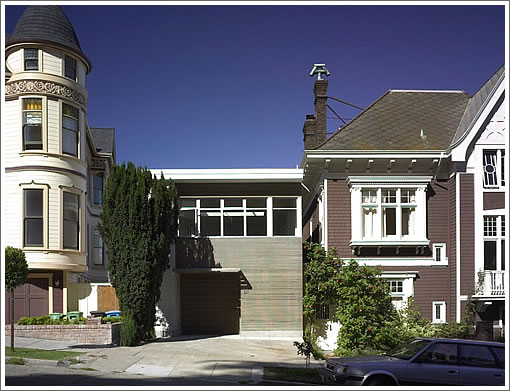 The Commission did, however, impose a three-foot setback for the third story in order for the project to proceed.

While the plans for 611 Buena Vista were redrawn and the setback incorporated to allow greater visibility of the corner turret of the adjacent building at 601 Buena Vista Avenue, the opposing neighbors have turned to California’s Environmental Quality Act (CEQA) in another attempt to block the approved project, now citing their environmental concerns.

Having reviewed the plans, San Francisco’s Planning Department has found that the 611 Buena Vista project would “not have a significant impact on the environment and is exempt from further environmental review,” an exemption which would not be available for the project under Supervisor Kim’s CEQA legislation as proposed.

San Francisco’s Board of Supervisors is scheduled to hear the arguments tomorrow and either affirm or reverse Planning’s exemption for the project to proceed without further review, delay, and expense.

Shedding The 60's Stucco: A Return To Victorian Roots

Polk Street Showdown: Directing The SFMTA To Revisit Their Plans