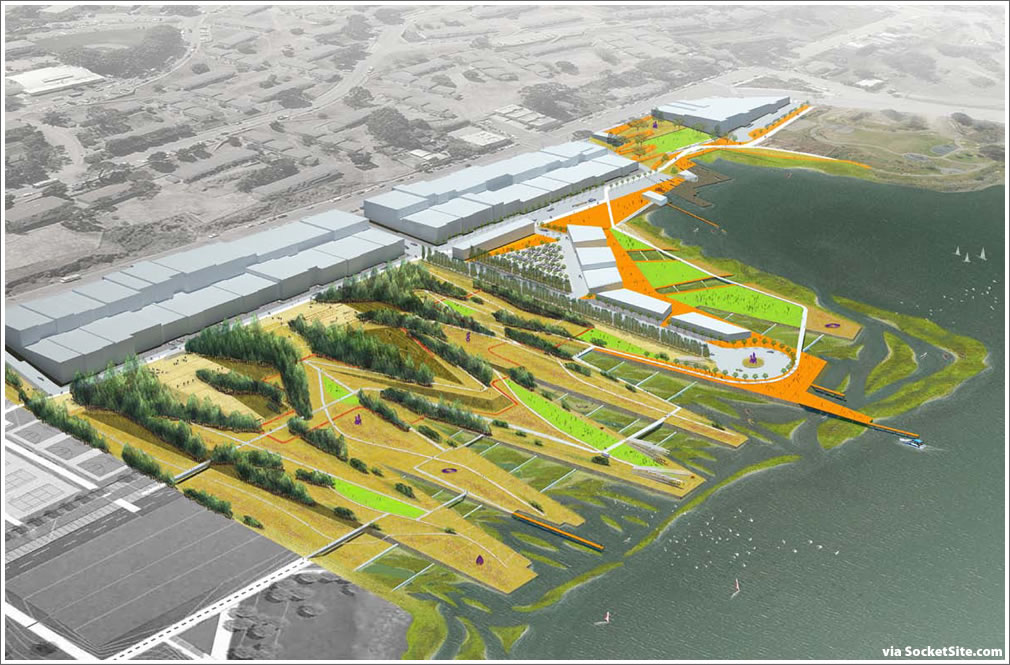 As we first reported earlier this week, the 15 acre parcel of San Francisco Bay front property which is in foreclosure and scheduled to hit courthouse steps this month sits at the center of the former San Francisco Redevelopment Agency’s plan for a major mixed-use development and new India Basin Shoreline neighborhood.

But there is a competing vision for the site: a 15-acre San Francisco Adventure Park.

With funding from the EPA, the San Francisco Parks Alliance has spent the past two years conceptualizing an open space alternative for the site as a part of San Francisco’s Blue Greenway Program, calling for the transformation of the southeastern waterfront into a world-class series of parks and trails woven through industry and new development.

With an aquatic dog park, mountain biking, bouldering, bonfire pits, boat launches, an exercise circuit, serpentine grasslands, skating, and parkour facilities amongst other planned features, the proposed adventure park would diversify the recreation options for San Francisco citizens, relieve pressure on our natural areas and open spaces, and host larger scale activities that cannot occur or are damaging to other San Francisco Parks.

Once again, the site of the proposed Adventure Park, or mixed-use neighborhood, is currently scheduled to hit the courthouse steps in two weeks. And as always, we’ll keep you posted and plugged-in.

Polk Street Showdown: Directing The SFMTA To Revisit Their Plans

The Infamous Dogpatch Party Pad At 1200 Indiana Street Is Back!