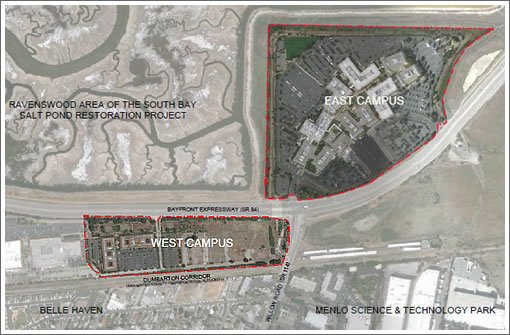 Menlo Park’s City Council has approved the construction of Facebook’s proposed 22-acre West Campus with one big 433,555-square-foot building designed by Frank Gehry to be built on Constitution Drive across the street from Facebook’s existing East Campus.
Rising up to 73 feet in height but averaging closer to 45, the West Campus building will be built over ground-level parking with a rooftop park planted with 205 trees and a meadow:

Click the site plan above to enlarge, a section of which is modeled below. 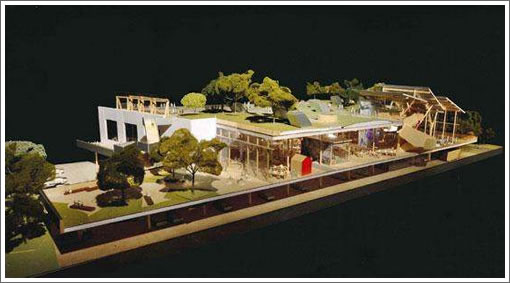 Modernist Design And A Deconstructed Fireplace For $2,271 Per Foot