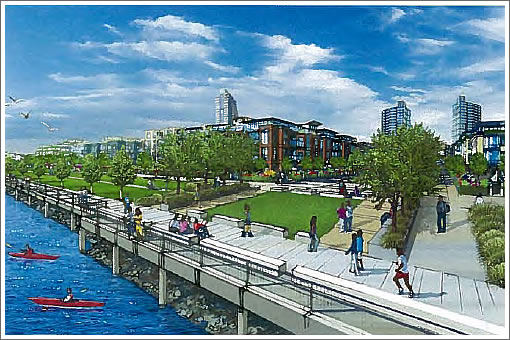 From the Business Times with respect to the timing and deal:

The loan will provide $1 billion for Hunters Point Shipyard, where the first 1,400 homes could be under construction by the first quarter of next year. Treasure Island, which is at least a year behind the Hunters Point project, will get $700 million.

Lennar is the managing developer of the Hunters Point project. On Treasure Island, Lennar is in a 50/50 partnership with Wilson Meany, Kenwood Investments, and Stockbridge Capital Group.

While the deal is not complete, both sides have incentives to wrap it up before Dec. 31 in order to avoid the Foreign Account Tax Compliance Act, which starting in 2013 will require foreign financial institutions to enter into disclosure compliance agreements with the U.S. Treasury.

The Risks (And Rewards) Of Living In A Dense Urban Environment