A Precedent Setting Decision And Objection For Development(s) 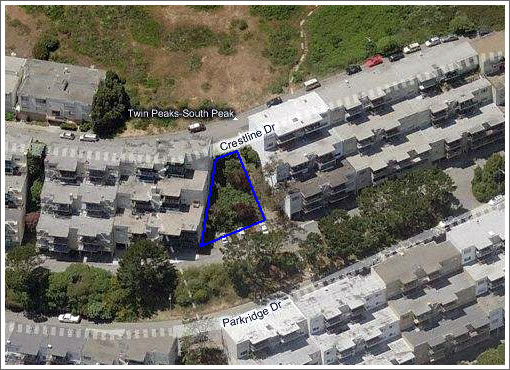 Fourteen years ago, the owner of the parcel at 70 Crestline Drive, upon which a 14-unit building and 6,300 square feet of undeveloped Vista Francisco land currently sits, proposed to subdivide the lot and build upon the undeveloped parcel.
Hitting a wall of neighborhood opposition and facing a Zoning Administrator that intended to deny the variance application necessary for the proposed building to rise, the request for the variance and project approval were withdrawn.
With 16 neighbors opposing, including nine in the building on the parcel, a proposal to build upon the undeveloped land is back. This time, however, the plan which was designed “to fit with the existing neighborhood, does not require any variance, and is in full compliance with all applicable zoning regulations, design guidelines and building codes.” 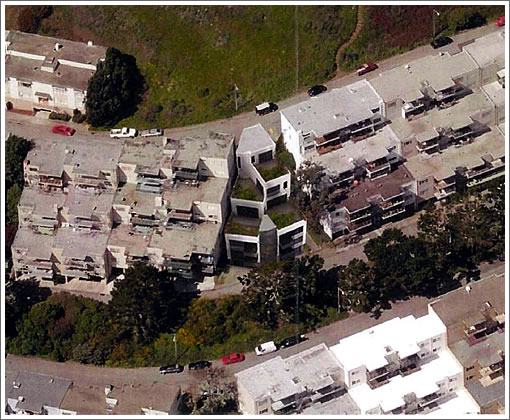 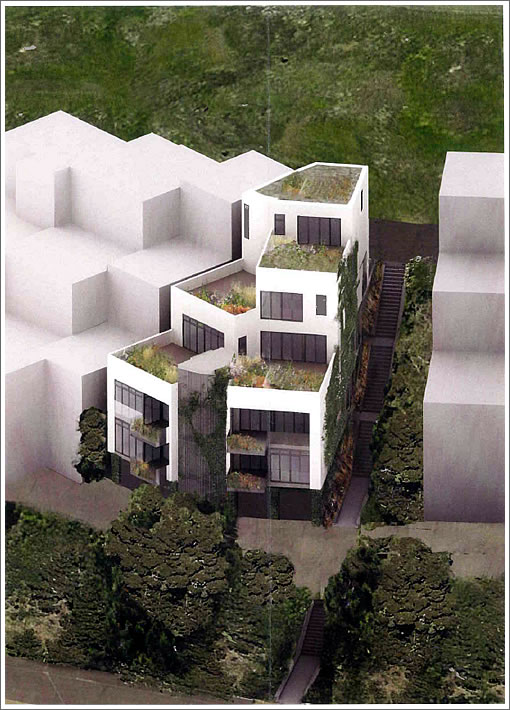 From the Planning Department which recommends the Planning Commission uphold the opposing neighbors’ request for Discretionary Review and deny the new development:

For instance, a number of units in the Subject Building, occupying only a portion of the lot, were designed with north facing windows overlooking the open space, the remainder of the lot. Proposing a five-story building to entirely occupy this open space and be within close proximity to those north facing windows will substantially obstruct air and light to these units. It would also eliminate a significant design amenity of the original Vista Francisco Development. 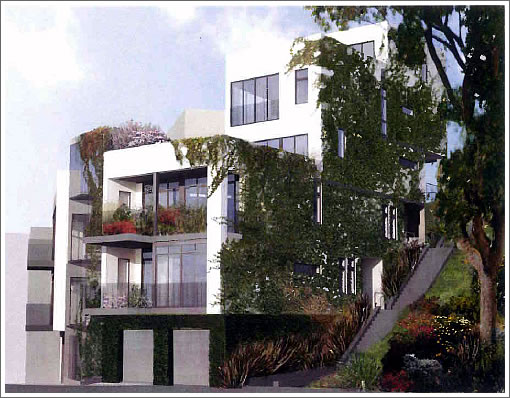 During a site visit by staff, it was identified that five other lots on the subject block and a number of lots on the adjacent blocks were developed in a way similar to the subject lot as described above. The open space on each lot functions as a density buffer between two multi-unit buildings and allows adequate air, light and privacy protection to some existing units in the residential building. It is not meant for the purpose of future in-fill housing.

The circumstances surrounding the subject property and in this neighborhood do not appear to have changed since a similar proposal was submitted in 1998 and subsequently relinquished by the same subject property owner. The project, if approved, will result in an inappropriate precedent or expectation for a similar in-fill project elsewhere in the Vista Francisco Development.

Beyond the Commission’s decision on the development along Crestline, it will be interesting to see if any “impact on public views” objections will be equally applied to the development of Piers 30-32 as well.
As always, we’ll keep you posted and plugged-in.
∙ Board Of Supervisors Unanimously Approve Warriors Arena Resolution [SocketSite]

The Next Big Housing Thing To Define The New Mission