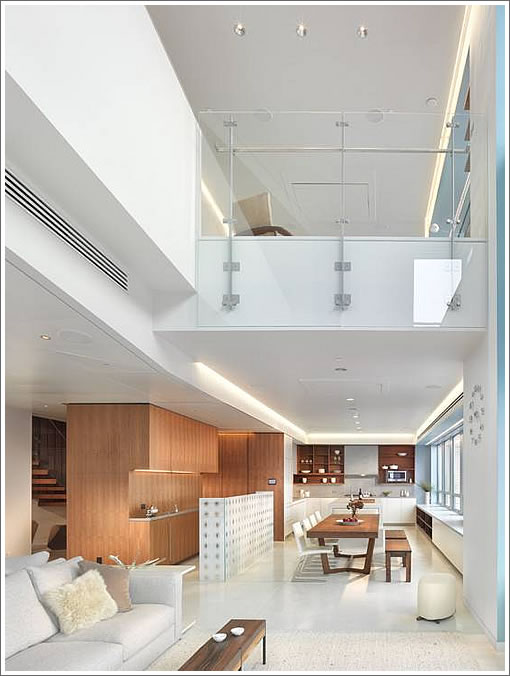 YouTube co-founder Steve Chen purchased one of four penthouse shells atop the Ritz-Carlton Residences in San Francisco for $4,850,000 in 2007 and proceeded to have the 3,000 square foot, two-level condo built-out as an überswank one-bedroom bachelor pad. 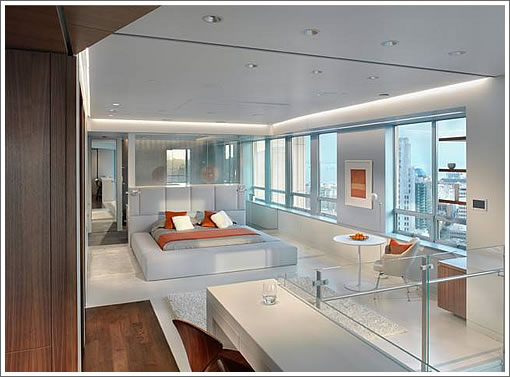 Having since gotten married and had two kids, the family has recently moved south to the Peninsula. And according to a plugged-in source, Chen is finally giving up the penthouse. 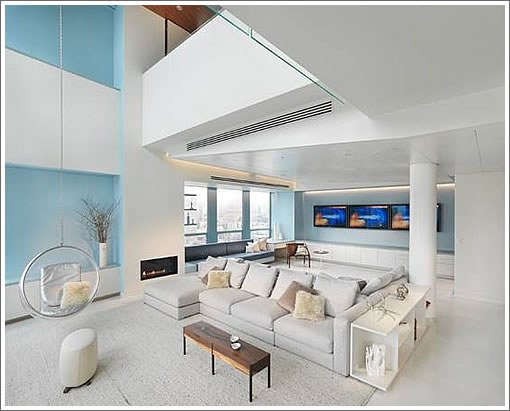 From Interior Design which featured the build-out and design by Melissa Winn Interiors with Joel Sanders and Winder Gibson Architects back in 2010:

Unifying [the two levels] visually, a double-height living area is overlooked, mezzanine-style, from the balconies of the master suite and a contiguous space designed as a game room that could double as guest quarters. 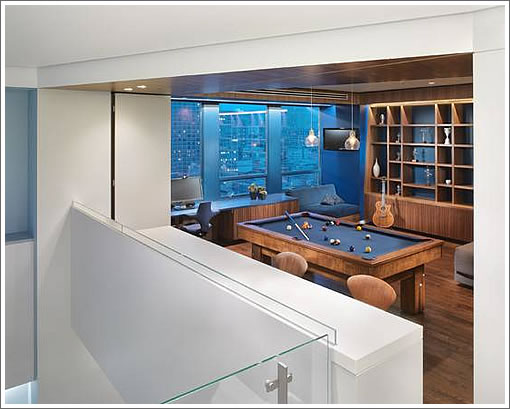 An Eero Saarinen armchair and a Vladimir Kagan lounge chair and footrest outfit a sitting area in the master bedroom, where the bed’s blue-gray upholstery plays off the blue wall paint. The wool-silk shag, meanwhile, is a slightly creamier white than the oatmeal-colored rug down in the living area. 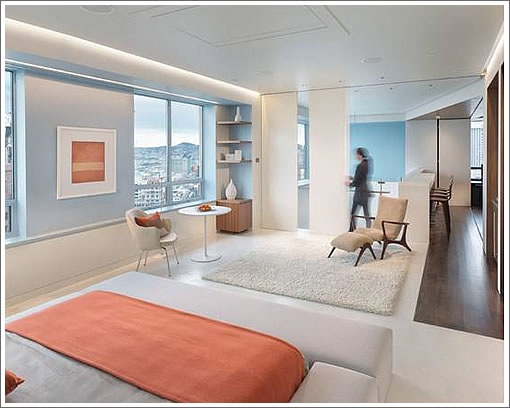 Behind [the bed’s Corian headboard], dividing the bedroom from the bathroom, a glass wall can change from clear to frosted and back again at the flip of a switch. A less high-tech privacy device is the set of white stacked pocket doors that slide out to close off the bedroom from the game room.

While Chen’s penthouse pad isn’t yet listed, nor up on YouTube for that matter, it is very quietly being shopped. So quietly, in fact, that we haven’t been able to confirm a price. But if a couple of our sources are correct, Chen is estimated to have spent nearly as much on the build-out as the shell, so the asking price should be interesting.