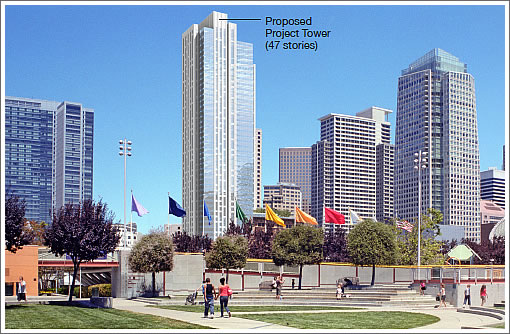 As plugged-in people know, the proposed 550-foot tower to rise at 706 Mission Street would house the Mexican Museum on floors one to four with 43 floors of residential above.

The base of the building would cantilever slightly over Jessie Square at the third and fourth floors and employ a glazed aluminum curtain wall system “articulated with vision, masonry, metal, and/or spandrel panel façade elements.” 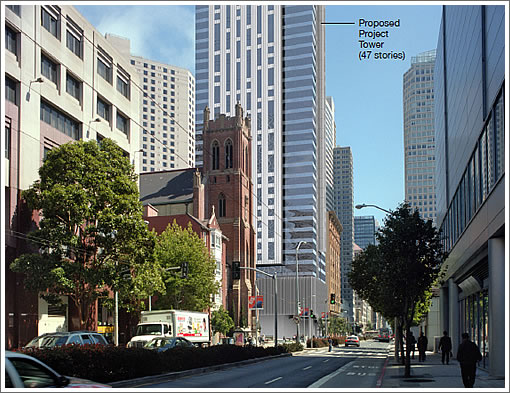 Plans for the adjacent historic Aronson Building call for new retail and restaurant space on the ground floor with museum space on the second and third floors and either residential or office space on floors four though ten. 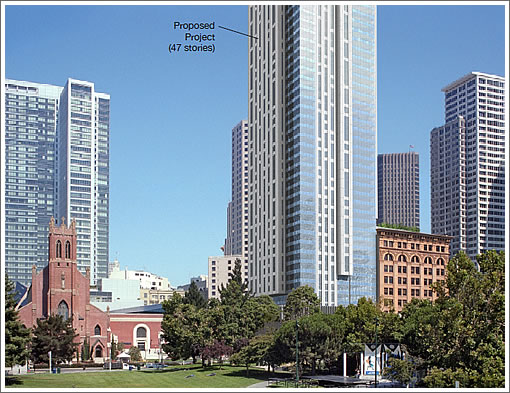 With respect to parking, the existing Jessie Square Garage would be converted from publicly to privately-owned to provide parking for the project with 260 spaces for tower residents and 210 spaces on the upper two levels remaining available to the public. 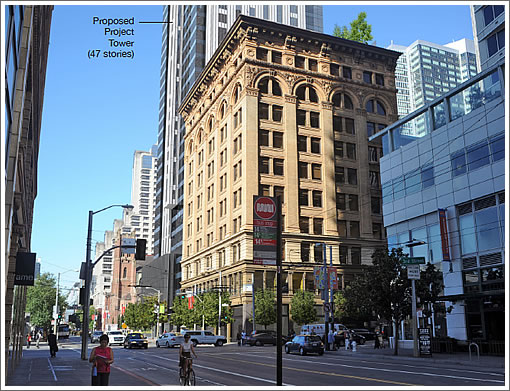 Oscar The Park: Designs For An Acre Of Outdoor Space Downtown