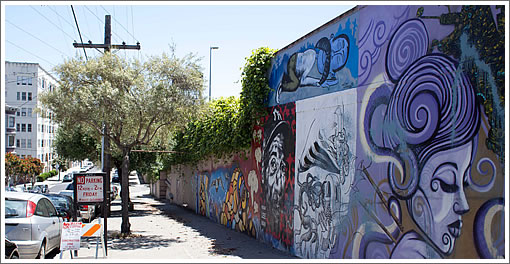 As Laguna Street between Haight and Hermann in San Francisco currently appears above, as the streetscape will appear after the development of 55 Laguna as proposed below. 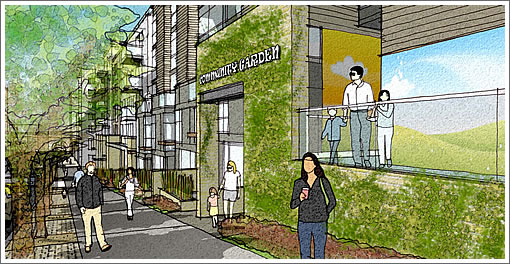 In addition to rehabilitating the existing Richardson and Woods halls, the proposed project will include ten new buildings with courtyards, a community garden, a new pedestrian street (“The Mews” or “Palm Lane”) and the new Waller Park at its core.

The historic buildings on the site “were designed in the Spanish Colonial Revival style and have a quiet, inward-looking character” while the new buildings will have a contemporary design and “will be recognized as buildings of their own time.” 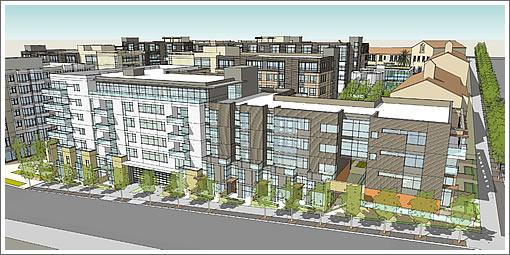 The buildings are “neither quiet nor inward-looking,” intended to bring vitality to the street. 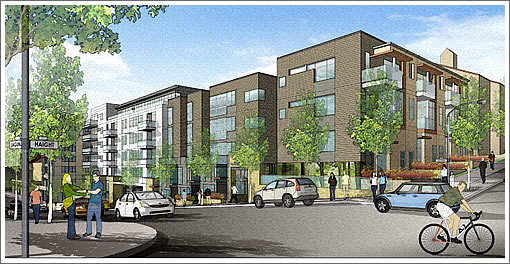 The new buildings “will have a scale that is sensitive to the existing buildings, especially at adjacencies. Roof lines will be used to guide heights and setbacks. The massing of the new buildings will be broken down to reduce their apparent scale on the site.” 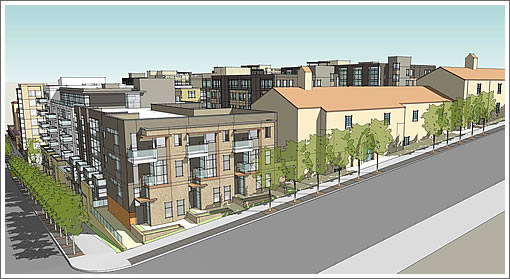 The project includes an Amenity Building and circular outdoor stair, the “Mews Terminus,” built in formed concrete and glass for some extra modern flair. 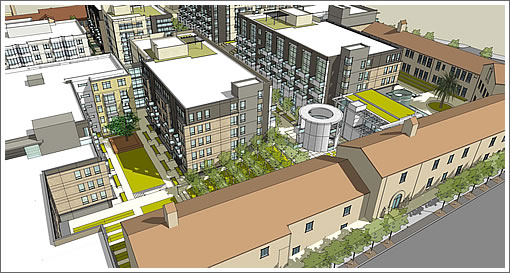 The project is designed and “organized in a way that allows the site to be accessible to both the future residents and the surrounding neighborhood.” 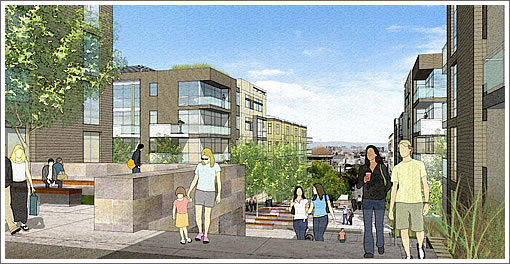 As proposed, the 55 Laguna development will yield a total of 413 new housing units including the 85-unit OpenHouse development for seniors targeting the LGBT community.
∙ 55 Laguna Back In Play [SocketSite]
∙ 55 Laguna: The Latest Rehabilitation Plans And Progress [SocketSite]

Unpermitted Work? Pshaw! What’s The Worst That Could Happen?