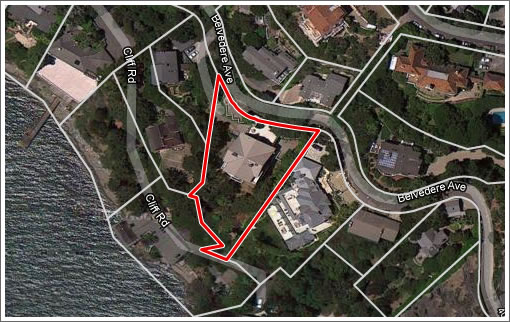 As we first reported six months ago:

While we can’t currently confirm, and perhaps a bit of bravado is in play, if a plugged-in reader’s source is correct, the multi-million dollar property “was bought by a neighbor with the intent of demolishing it to clear the view.”

The demolition of 333 Belvedere Avenue is underway with the four million dollar view and new yard coming along nicely. Don’t doubt the sources of those who are plugged-in.
∙ From A $7 Million View Home To A $4 Million View? [SocketSite]

The Price Was Right, The Readers Too Bullish

Turning To China For Capital To Kick-Start Developments In SF