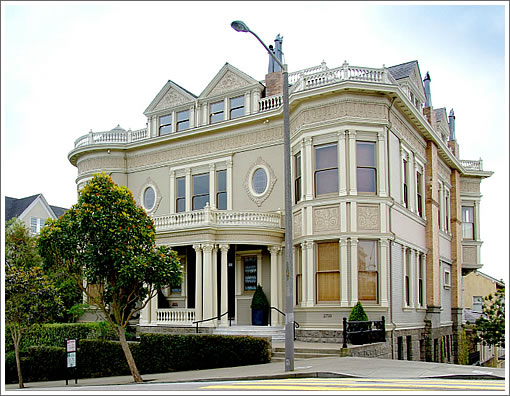 It wasn’t until 2011, however, that the bank forcibly removed the ex-owners and changed the locks on the Pacific Heights mansion with a large level side yard and rather luxurious spa out back. 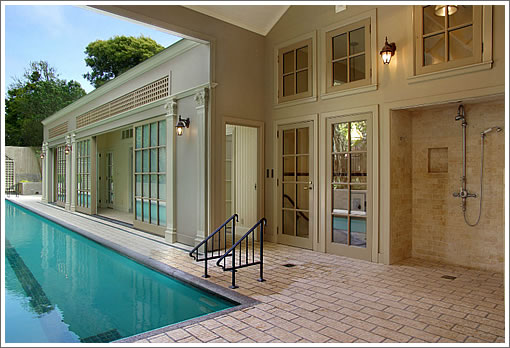 Commissioned by Dr. C. N. Ellinwood in 1893, 2799 Pacific was originally designed by Eugene Freeman and its 28 rooms (now including 11 bedrooms and 11 full bathrooms) and glass domed center hallway are San Francisco Landmark #207. 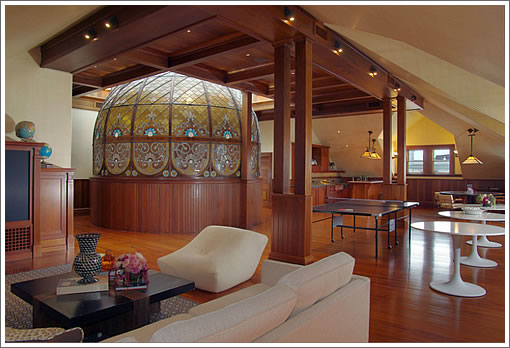 A three year and $10+ million renovation of the main house and expansion of the carriage house behind (think fitness center, caretaker’s apartment, and the 75-foot lap pool pictured above) was led by Lewis Butler and Paul Wiseman and finished in 2000. 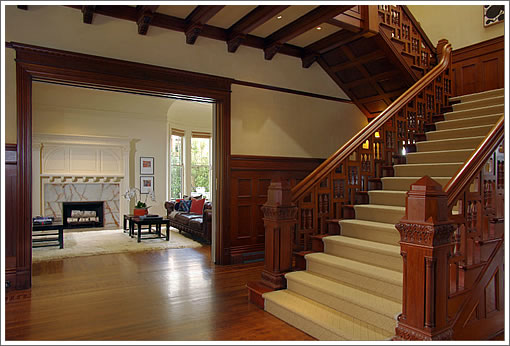 And while not yet officially listed nor inventory, 2799 Pacific is now back on the market and asking $12,500,000 for the bank-owned home.