Two Years Later And The Bank Gets Its Mansion Back 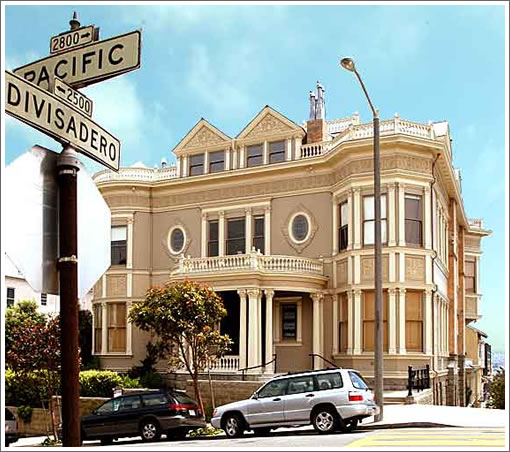 As we wrote about the mansion at the corner of Pacific and Divisadero back in June 2009:

Commissioned by Dr. C. N. Ellinwood in 1893, 2799 Pacific was designed by Eugene Freeman and its 28 rooms, 14 fireplaces and glass domed center hallway were finished in 1894. And the Ellinwood residence is San Francisco Landmark #207.

As a number of plugged-in people noted last month, 2799 Pacific fell into foreclosure and had a date with the courthouse steps earlier this month. And as a couple of other plugged-in people piece together, with a mortgage balance due of $11,363,000 and an unmet minimum bid of $10,000,000, the landmark 2799 Pacific was taken back by the bank.

As a plugged-in reader adds today (emphasis ours):

I work for the law firm that just completed the lockout on this property.

So in addition to the deed, it’s two years later and Chevy Chase bank finally has the keys.

A Pair Of Noe Valley Apples (And One Quick Price Change)