The Unreported Sale Price For The Penthouse Atop One South Park 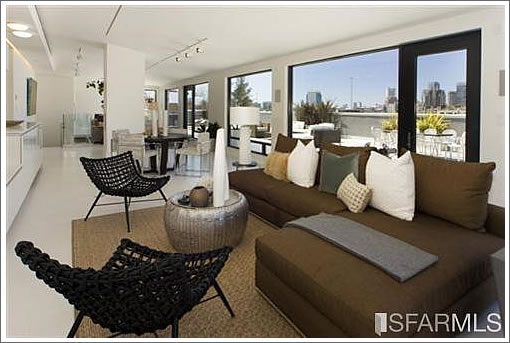 From our report in May:

As we noted in 2007 a few months after the sales office at One South Park first started taking soft reservations, sales materials denoted eighteen of the thirty-five already “reserved” with one, Number 407, already “sold” and likely a developer’s unit.

Today, the three-bedroom condo across two floors and with one big roof deck (with hot tub and soon to be grill) hit the market for the first time listed for $3,300,000.

In July the listing for One South Park #407 was officially withdrawn from the MLS without a reported sale. As a plugged-in tipster reports, however, the unit actually sold for an unreported $3,500,000 in a quiet and confidential sale to the anonymous “Deebek LLC.”

In Need Of TLC (And Perhaps An Updated Façade)

To Short Sale Or Foreclose, That Is The Question Of The Day