“Unlike the 2006 to 2009 period when all cities saw prices move together, we see some differing stories around the country. California is doing better with gains from their low points in Los Angeles, San Diego and San Francisco. At the other end is the Sun Belt – Las Vegas, Miami, Phoenix and Tampa. All four made new lows in December. Also seeing renewed weakness are some cities that were among the last to reach their peaks including Atlanta, Charlotte, Portland OR and Seattle, where news lows were also seen. Dallas, which peaked late, has so far stayed above its low marked in February 2009.” 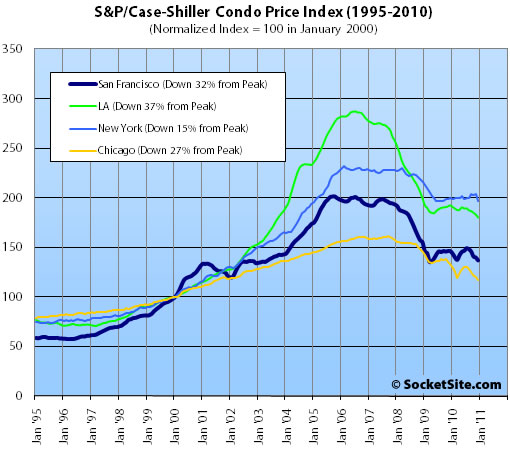