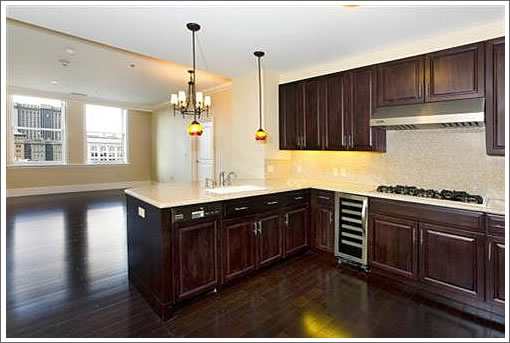 As we wrote this past October:

And while “still not cheap” at almost $800 per square, we’re guessing that’s of little solace to those who were sold on $1,200 or more.

And as a plugged-in reader noted late last night, the bank-owned “auction” resale of 690 Market #1502 closed escrow on Monday with a reported contract price of $805,000.
Call it $674 per square foot and a 46 percent ($676,000) drop in value for the 1,195 square foot Ritz-Carlton two-bedroom since October 2007.
And yes, the Sub-Zero was still in place (as were all the cabinets).
∙ Puttin’ On The Ritz (And Pressure) At Under Eight Hundred A Square [SocketSite]