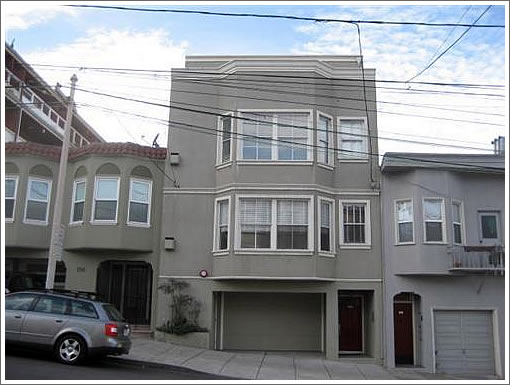 With a reported eleven or twelve offers, the sale of 146 Connecticut #3 closed escrow yesterday with a reported contract price of $665,000. While that’s 27 percent “over asking and with multiple offers,” the sale price for the Potrero Hill condo was also 24 percent under its sale for $880,000 in 2004 and 9 percent under its sale for $729,000 in 2001.
From a plugged-in reader with respect to the top-floor condo three weeks ago:

I put out some feelers on this property and was told the final sales price is going to be in the high 600k range, so it should sell close to it’s 2001 price. views from this place were absolutely top notch.