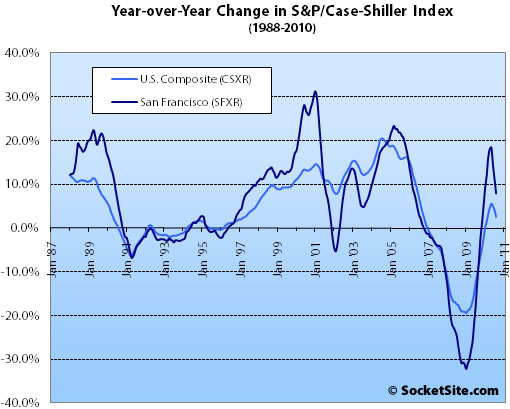 “A disappointing report. Home prices broadly declined in August. Seventeen of the 20 cities and both Composites saw a weakening in year-over-year figures, as compared to July, indicating that the housing market continues to bounce along the recent lows,” says David M. Blitzer, Chairman of the Index Committee at Standard & Poor’s. “Over the last four months both the 10- and 20-City Composites show slowing growth, after sustaining consistent gains since their April 2009 troughs.

“The month-over-month growth rates tell the same story. Fifteen of the 20 MSAs and the two Composites saw a decline in the month of August as compared to July levels. The 10- and 20-City Composites fell 0.1% and 0.2%, respectively. Indeed, the housing market appears to have stabilized at new lows. At this time, it does not seem that any of the markets are hanging on to the temporary momentum caused by the homebuyers’ tax credits.”

Prices fell across all three price tiers on a month-over-month basis for single-family homes in the San Francisco MSA for the first time in six months as year-over-year gains also slid. 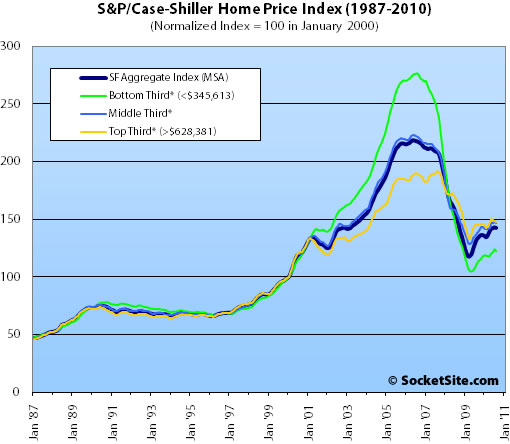 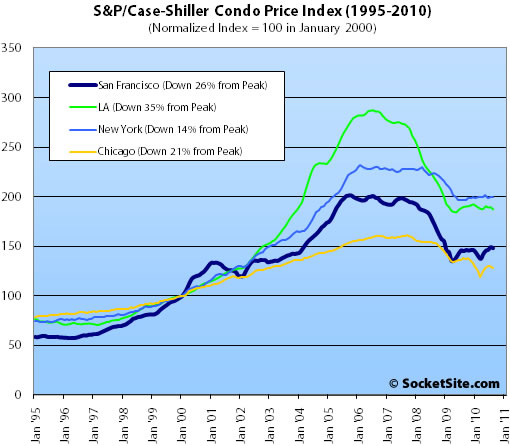