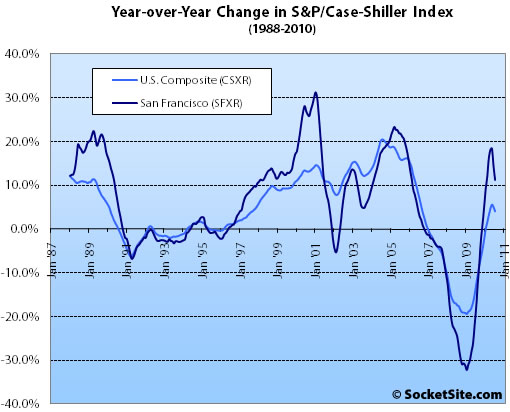 The year-over-year growth rates for 16 of the cities and both Composites weakened in July compared to June. While we could still see some residual support from the homebuyers’ tax credit, which covers purchases closing through September 30th, anyone looking for home price to return to the lofty 2005-2006 might be disappointed. Judging from the recent behavior of the housing market, stable prices seem more likely.

In the monthly data, 12 of the 20 MSAs and the two Composites were up in July over June; but the monthly rates also seem to be weakening. The next few months may give us an idea of the true strength of the housing market, as the temporary economic stimuli will have ended. Housing starts, sales and inventory data reported for August do not show signs of a robust market, and foreclosures continue.

Prices were up across the bottom two price tiers on a month-over-month basis but declined for the top third of San Francisco MSA single-family homes for the second month in a row. 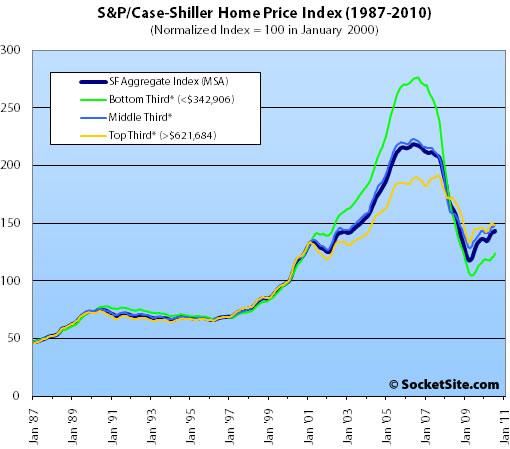 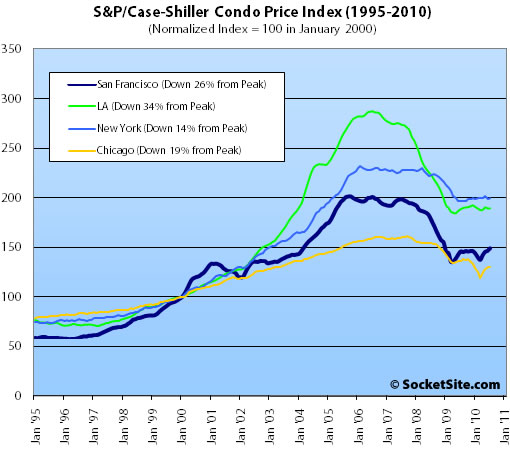 1167 Bosworth Is Back And Seeking Another Outlier Bid

A Family's Plea To Rebuild Their Home (And Planning’s Objections)