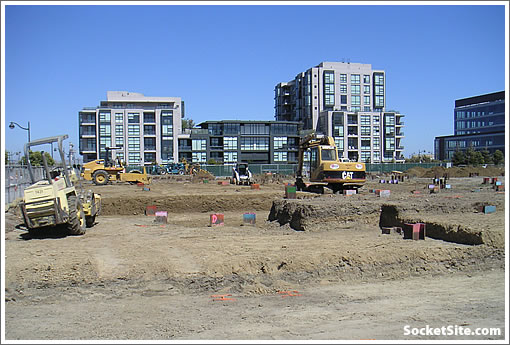 The piles were driven for Radiance’s 318-unit Phase Two (“Radiance West”) back in 2008 before construction was suspended that July. Developer Nat Bosa first floated the idea of breaking Phase Two into Phases Two And Three back in 2009. And last month a plugged-in resident in Phase One first noticed workers getting busy on site.

As a plugged-in tipster notes yesterday, construction on the first 170 units of Radiance West (aka Radiance Phase Two of Three) has now begun in earnest and the units should be ready for move-in by mid-2012.

As the three phases of Radiance will look when complete: 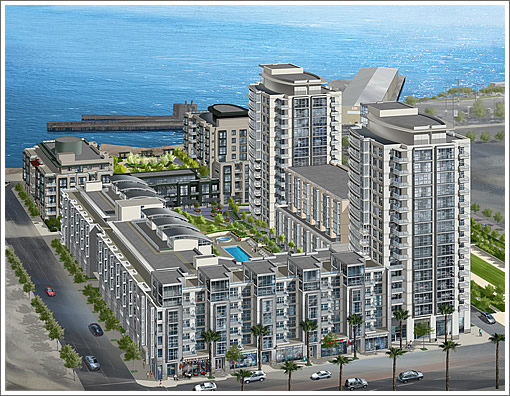 Bank-Owned Competition (And Litigation) In Action At The Beacon

Renewed Expectations Versus A Recent Comp (And Bag Of Apples)