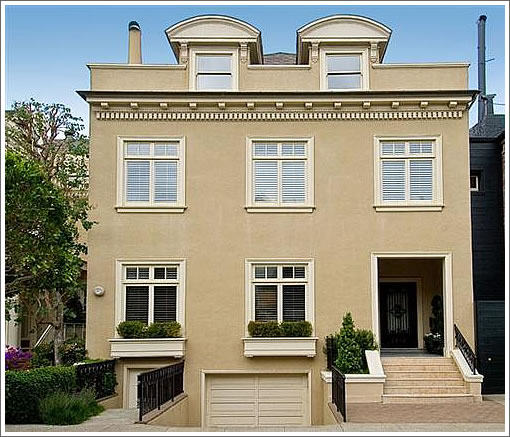 As we added in January:

While MLS based reports and sales history reflect a “confidential” sale price of $5,600,000 for 3570 Washington in April 2009, it was a plugged-in reader that first reported the property had actually sold for $5,225,000 (which public records confirm).

And just five months after said purchase, the Presidio Heights property returned to the market asking a real $5,600,000. Yesterday the list price was reduced to $5,250,000.

And as we note today, the re-sale of the rather prime 3570 Washington closed escrow on 3/12/10 with a reported contract price of $4,800,000 (an 8 percent drop since April 2009).
∙ If You Missed It When It Sold Five Months Ago… [SocketSite]
∙ Perhaps Seven Percent More Five Months Later Was A Bit Aggressive [SocketSite]

Mojo Parklet In Place (And Rather Popular On This Sunny Day)