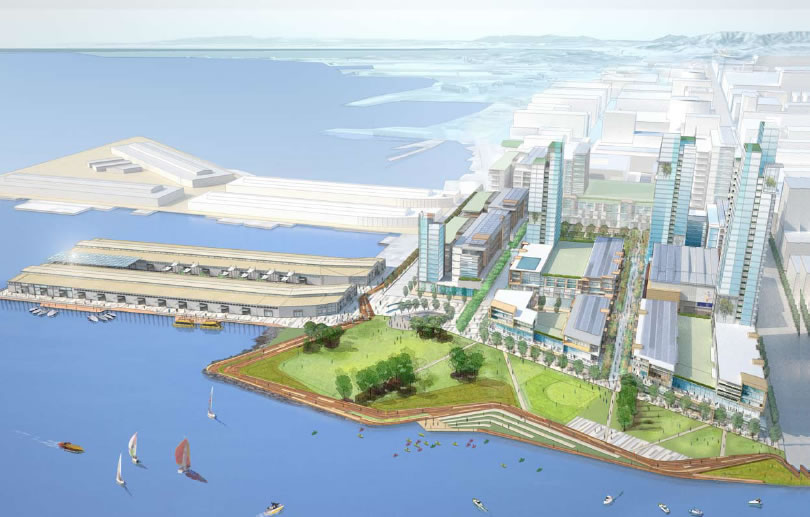 With its retail space having been cut in half last year, the San Francisco Business Times reports that the proposed development for the Port of San Francisco’s Seawall Lot 337/Pier 48 (a.k.a. Mission Rock or Giant’s parking lot A) is now scrambling for equity investors:

The San Francisco Giants are rushing to assemble a new team to redevelop 16 acres across from AT&T Park after the economic downturn prompted key equity investors in the project to pull out or scale back their involvement.

While the shake-up in the team on the $2 billion development is still in flux, Kenwood Investments will likely drop out of the project, while hedge fund Farallon Capital Management could opt out or play a much smaller financial role than originally planned, according to development and port sources.