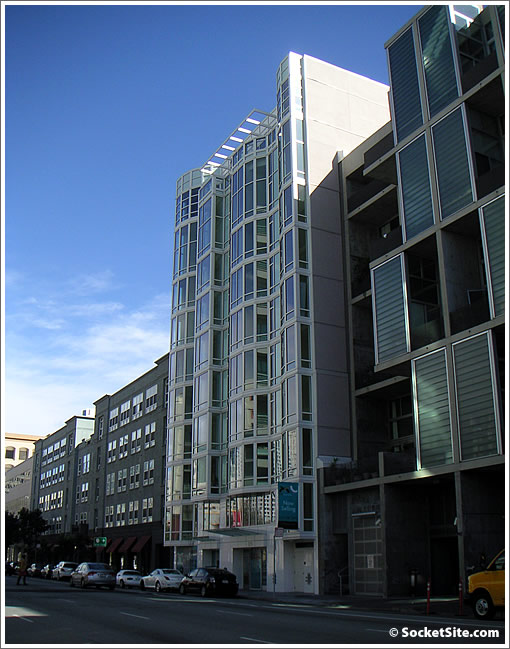 While the old sales team had around ten of the units in contract at one point last year, they weren’t able to get any of the 69 condos at 829 Folsom closed. And on the first of January a new sales and marketing team took over.
Prices were dropped around 25 percent at the end of January (although the cuts haven’t yet been widely publicized), and twelve of the units are now in contract (including seven units that were in contract last year and are being rewritten to reflect the new prices).
The sale team is targeting mid-April for closings with the goal of having 30 percent (21 units) of the building in contract by that time. The lowest priced unit in the building is now an “M” studio without parking at $372,500, one-bedrooms with parking now start at $482,500, and two-bedrooms with parking are now priced from $699,000.
Full Disclosure: The new sales and marketing company for 829 Folsom advertises on SocketSite and provided sales data at our request but did not provide any consideration for this post.
∙ 829 Folsom: Starting From $550,000 $485,000 $399,000 $365,000 [SocketSite]
∙ 829 Folsom Street: New Details, Online Registration, And Timing [SocketSite 5/08]