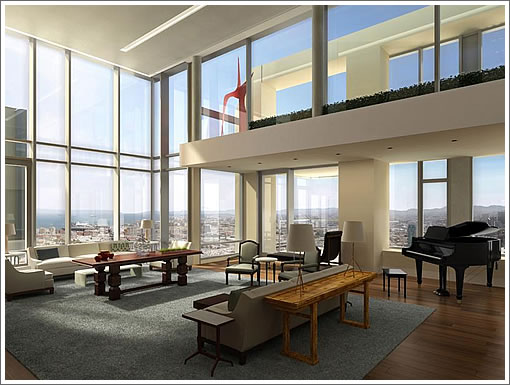 As we wrote about the St. Regis penthouse in July:

According to a plugged-in source…construction should be finished in a couple of months and the renderings will give way to reality.

As a plugged-in tipster adds today:

The St. Regis service elevators have been working overtime for weeks shuttling men and material up to the top. I would expect this to return very soon…and very finished. Now let’s see what Victor (MacFarlane) does with the price.

Full Disclosure: The co-listing agent for the penthouse atop the San Francisco St. Regis advertises on SocketSite but had no prior knowledge of this post.

The Upside To Only One Tower Where There Should Be Two: Parking