Drawings For A Proposed Drew School Expansion Along Broderick

The context and massing for the Drew School’s Broderick Street elevation at the corner of California in Lower Pacific Heights as it currently exists:

Its expanded massing and context as is proposed:

The proposed addition would incorporate a green “living wall” facing Broderick Street, covered with vegetation to enhance the habitat value of the site. The project would include a roof design that utilizes vegetation and surfaces with high solar reflectance to reduce urban heat island effects.

And a couple of potential alternatives in the name of “preservation”: 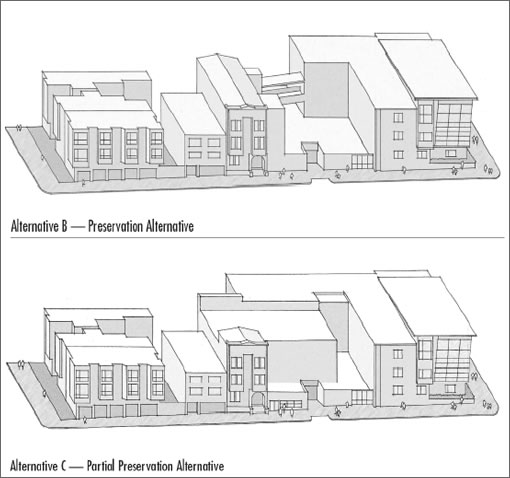 74 New Montgomery: Closing In On 90% Closed Or In Contract