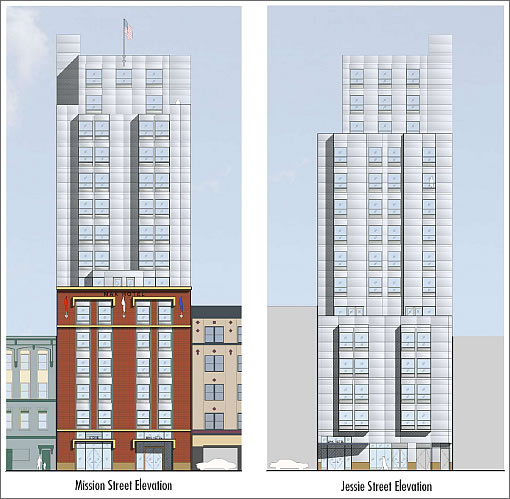 In February a reader wondered and another provided the project scoop. And yesterday the Planning Department uploaded the 942 Mission Street Hotel Project EIR for review. 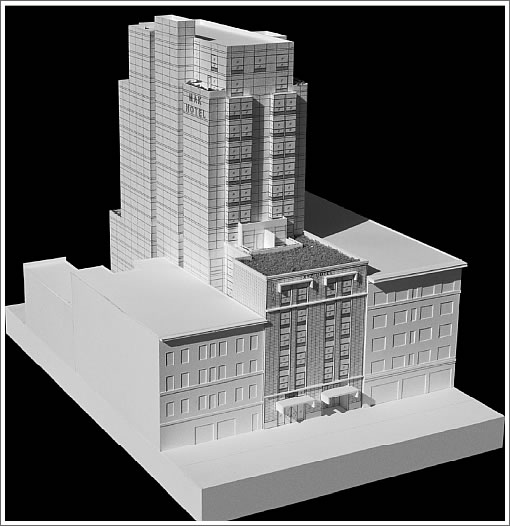 The upper nine floors of the hotel would be set back approximately 40 feet from the Mission Street property line. These upper floors would overlook a vegetated roof at the seventh floor planted in drought‐tolerant California native grasses. Bay windows would extend up to the thirteenth level. The proportions and detailing of the fenestration in the base along Mission Street would be repeated in the windows of the upper floors.

As proposed, 72,000 square feet of hotel space with 172 rooms over 3,240 square feet of ground‐floor retail. And all without any off-street parking (nor even valet as envisioned).

UPDATE: An eastern elevation empahsizing a lightwell – or what will be a lightwell should the neighboring parcel build up – in light of a few comments and queries: 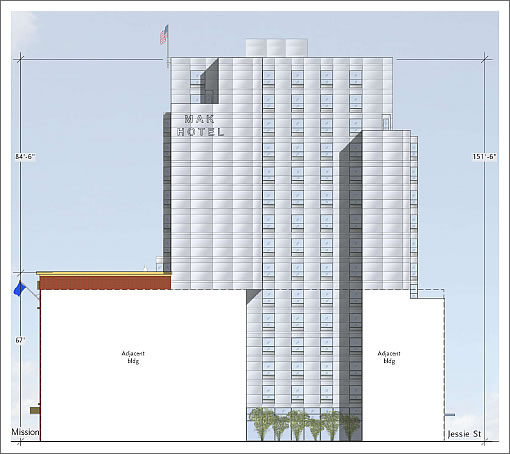