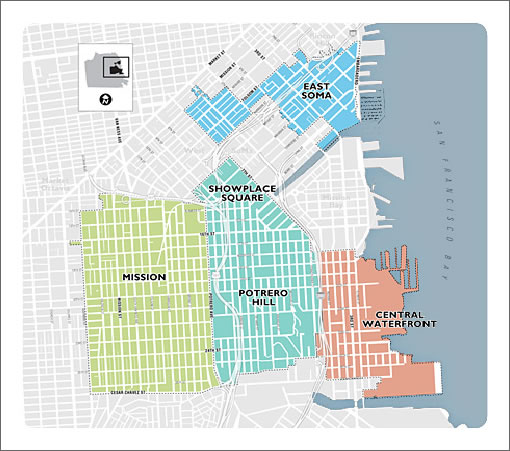 Thus far, one landlord has applied for amnesty. Fred Snyder of the David Allen Trust is seeking to legalize 660-680 Alabama St., a 50,000-square-foot former factory that is home to the computer animation firm Wild Brain. The building was one of approximately 1,000 lots designated “M” under the previous zoning — which allowed a mixture of industrial, housing, office and retail — but are now restricted to industrial activities that fall under the industrial umbrella called “production, distribution, and repair.”

Those wishing to take advantage of the amnesty must pay a fee of $535 and $10.50 for each square foot being legitimized. Snyder said the $400,000 fee is a lot to pay in a down economy, but he is eager to bring his property into compliance as soon as possible. “They created a way we could solve this problem by paying some money. We want to get it done and move forward,” he said.

Active enforcement of the new zoning laws which were approved last November and went into effect this past January won’t begin for another three years (January 2011).

UPATE: A plugged-in reader adds (and schools us on zoning):

The office of Wild Brain wasn’t legitimate under either the old or the new zoning. Previously the north side of 18th between Hampshire and York, where their office is located, was zoned M-1, light industrial. Now it’s zoned M-2, which is PDR. An office is not a conforming use in an M-1 or M-2 zone.