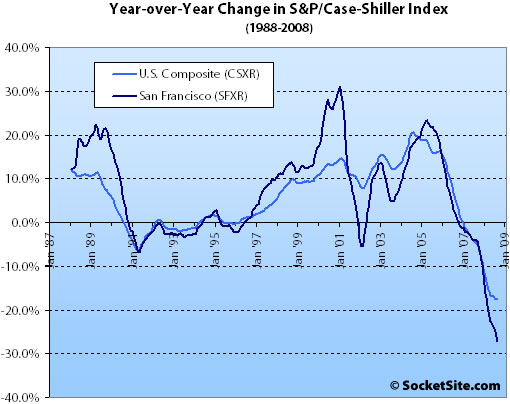 Both the 10-City and 20-City Composites have been in year-over-year decline for 20 consecutive months. Of the 20 regions, 13 of them had their annual returns worsen from last month’s report. As seen throughout 2008, the Sun Belt markets are being hit the most. Phoenix and Las Vegas are both reporting annual declines in excess of 30%, and Miami, San Francisco, Los Angeles and San Diego are all in excess of 25%.

Prices fell across all three price tiers in the San Francisco MSA with the rates of decline accelerating across the board. 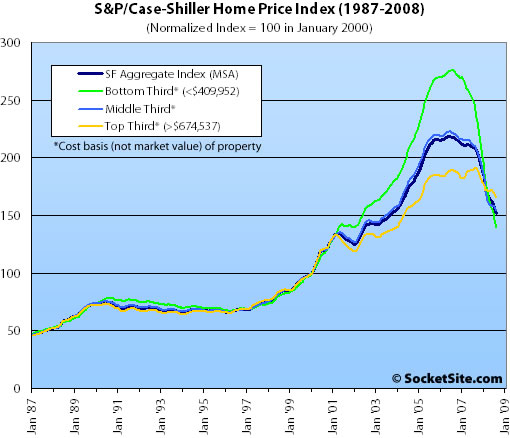 Argenta's Confirmed And Artani's Rumored, Will 77 Van Ness Be Next?