JustQuotes: The People (And Politics) Behind Buildings And Design 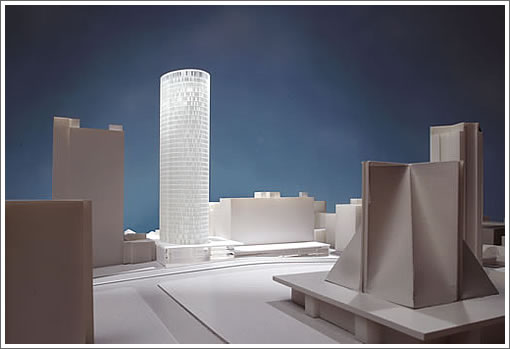 ADCO is proposing a 38-story, elliptical-shaped glass building with five levels of underground parking. Market-rate condominiums would be built on top of the tennis courts and next door to a residence for seniors. The street that gently slopes downward to the Japantown malls would also undergo major reconstruction, including new condominiums by owner 3D Investments.

At the current height, the 1481 Post Street project would be the tallest building in the neighborhood, an issue of concern to neighborhood residents. “The height of your building will set the tone for the rest of Post Street going west,” said Sandy Mori, president of the Japantown Task Force, referring to proposals by 3D Investments. “Right now [3D Investments’] highest building is as tall as Hotel Kabuki, which is reasonable in my personal opinion.”

[ADCO Group representative Linda Corso] indicated a willingness to modify the design of the building and reduce the height to move the project forward, perhaps due to public pressure. “We’re going to take all the input from tonight back to our design team and get back to you hopefully in a month or so,” Corso said.

The housing nonprofit that owns and operates the 26-story high-rise next door to the proposed ADCO project has hired a political consultant and sent out a mailing opposing the glass building. They received 600 responses by mail out of 7,000 pieces delivered.

And our reader’s response (with which we quite agree):

Please let this SOM building rise up; it’s not going to work as a short cylinder. This is a perfectly-scaled building. 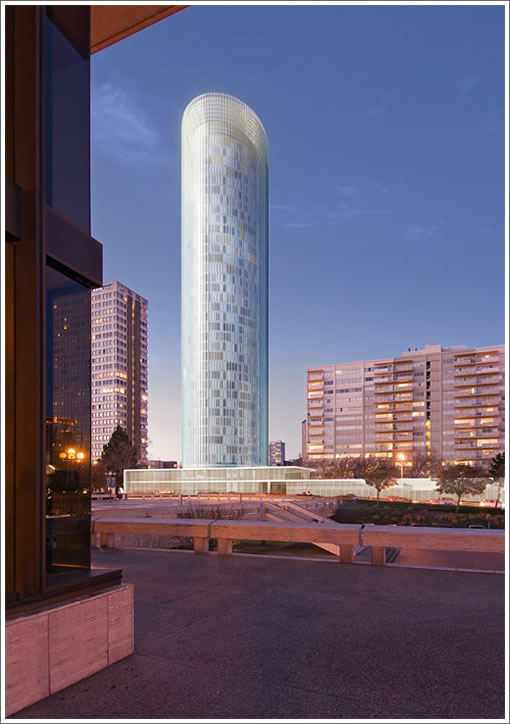