RandomRumors: The Other Half Of Sunset’s Idea House Coming Soon? 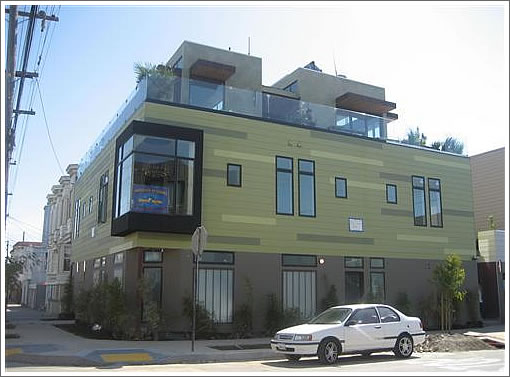 According to a non-exclusive tipster (apparently monogamy isn’t everyone’s cup of tea), rumor has it that:

“…the larger portion of [the Sunset Idea House] will not finish for 2 more months (final sign off from bldg. dept) but will go on the market any day now for $4mil and that the owner will never get to live in it…The tour will still happen in late November and possession of the house by the new buyer can not happen until 12 weeks after the Sunset first open date.”

And yes, at this point it’s unconfirmed (see UPDATE below).
UPDATE: Not only is this rumor unconfirmed, but it looks as though it has actually been busted by a plugged-in reader: “This information is completely inaccurate. Sunset tours scheduled to start shortly. house is not on the market and owner will occupy. Your tipster, as usual, is off the mark.” And yes, we should have known better.
Editor’s Note: Confirmed or not, props to the listing agent for 1303 Alabama for his caption to the listing photo we poached above: “2 unit project…one for sale (1st 2 floors facing)…car in mint condition but not included….”
∙ Sunset’s 2007 San Francisco Idea House: A Few Facts [SocketSite]
∙ The SocketSite Scoop: Half Of The Sunset Idea House Hits The Market [SocketSite]
∙ Sunset’s 2007 San Francisco Idea House: 3027 25th Street [SocketSite]

A Few More Small (But Interesting) Reductions In New Developments