Yes, all three proposals include wind turbines on top of their towers; will aim to achieve either Gold or Platinum LEED certification; and plan to rise between 1,100 and 1,350 feet in the air. Other than that, all three aim to redefine “the center of San Francisco” in very different ways.

Pictures and a few details now, highlights to follow. 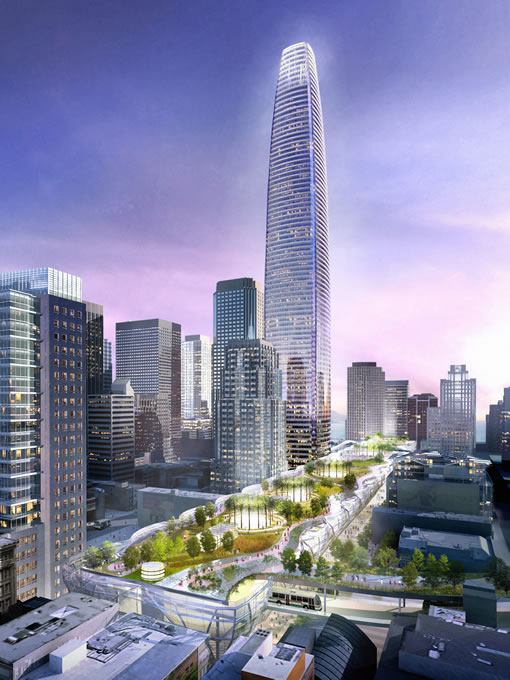 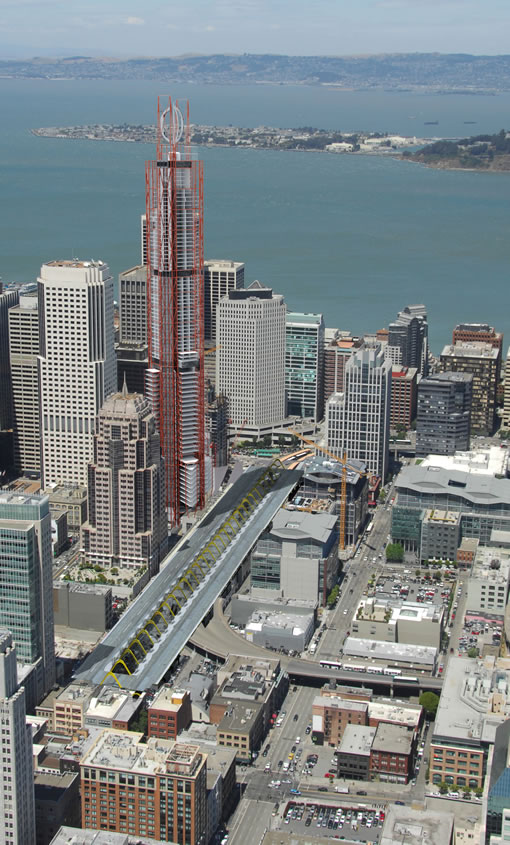 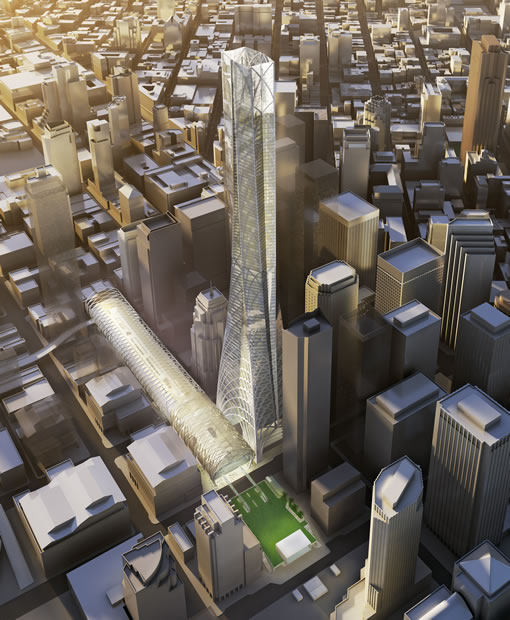 And a few more renderings: 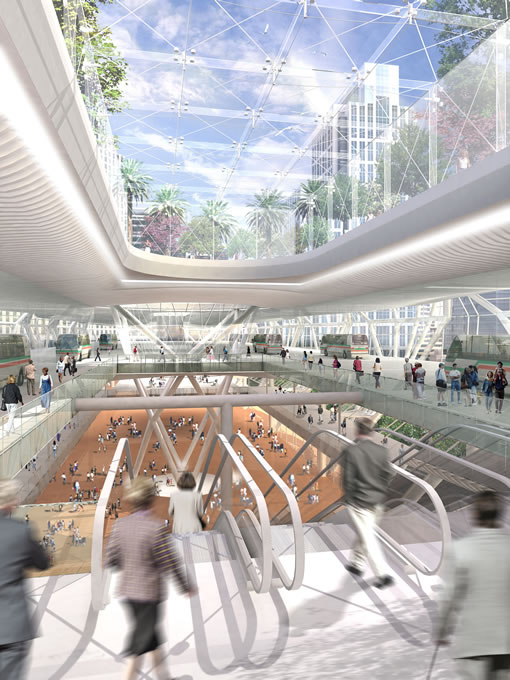 The Richard Rogers design at dusk: 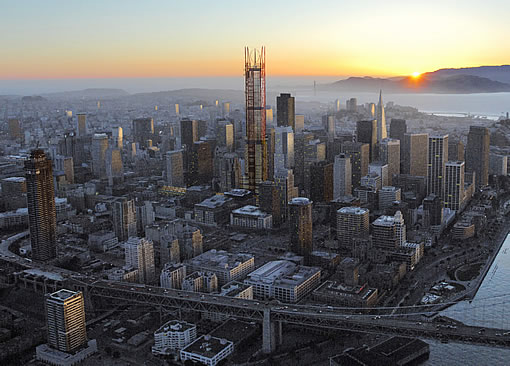 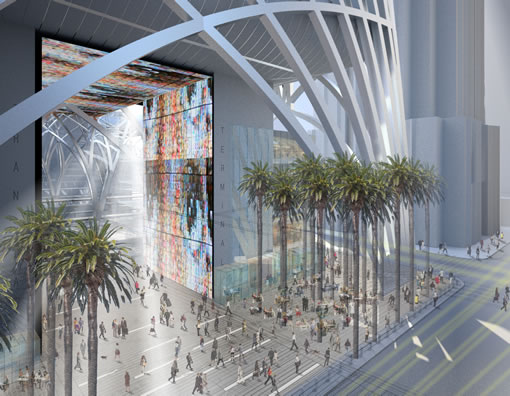 Note: Design models for all three proposals will be on display to the public Tuesday, August 7th, 2007 from 8 am to 6 pm in the North Light Court at San Francisco City Hall.